23/11/2021 - In her feature debut, Sarah Blaßkiewitz deals with the more casual forms of racism in Saxony society, plus the heroine’s identity and her need for change

There are two things that are widely known about racism: that it is just plain bad and wrong, and that it is far from being stamped out. While it is easy to spot it and call it out when it appears in its most blatant forms of slurs and attacks, its more candid and casual forms – which may not be derogatory per se, but which still perpetuate the stereotypes – often fly under the radar. In her first feature, Precious Ivie [+see also:
interview: Sarah Blaßkiewitz
film profile] (coming after her shorts, one mid-length film and a few episodes of the TV show Druck), Sarah Blaßkiewitz tries to deal precisely with these forms of “positive” racism in her hometown of Leipzig.

It seems that none of the racism that Leipzig and Saxony are infamous for affects our title character (played by Haley Louise Jones, who has an extensive background in TV acting): she is a mixed-race young woman who feels completely integrated within German society and shares the same problems as the rest of the folks from her generation. She splits her time between two jobs, one as a nursery teacher and the other in her best friend Ingo’s (Maximilian Brauer) tanning salon, while waiting for a permanent placement at one of the posh Waldorf schools. She and Ingo, together with her flatmate Anne (Anne Haug, glimpsed in Marco Kreuzpaintner’s The Collini Case [+see also:
film review
trailer
interview: Marco Kreuzpaintner
film profile]), form a trio of childhood friends.

Ivie pays little heed to the questions and comments she gets at the job interviews at schools that focus more on her racial (she is often praised for her good German-language skills, even though she was born and raised in Leipzig) than her teaching background (Maths and PE), or even to the fact that her best friends call her by the nickname “Schoko” (cleverly translated as “Brownie”). This all changes when she gets a visit from Naomi (Lorna Ishema, seen in Barbara Ott’s Kids Run [+see also:
trailer
film profile]), the half-sister she never knew she had, who lives in Berlin. She arrives with news of their estranged father Amadou’s death in Senegal and the idea that the two of them should go there together.

“For me, being a filmmaker in Germany means being involved in shaping the present and having an impact”

In her feature debut, Sarah Blaßkiewitz deals with the more casual forms of racism in Saxony society, plus the heroine’s identity and her need for change

Once a year, cinema programmers and distributors come together in Leipzig to familiarise themselves with the latest film releases as well as to reward the most deserving productions

German TV channel ZDF is producing this social-drama mini-series, consisting of six episodes based on the scripts by award-winning author Orkun Ertener

After a week of various industry activities, the Eurimages Co-Production Development Award for the best project among the line-up of 18 has been given to The Great Match by Filip Syczynski 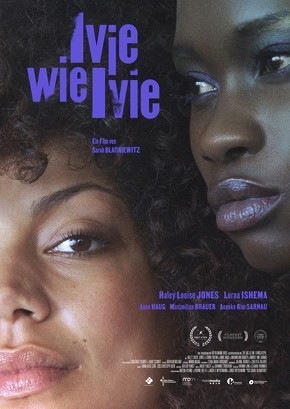