The Turkish word “tavaf” means to move around something and, in the Islamic context, it means to move around the Kaaba which sits at the centre of Mecca, starting from the Black Stone known as the Hajaru al-Aswad. This is what the protagonist spouses Hasan and Emin Yilmaz are spiritually preparing themselves for in Semih Kaplanoğlu’s Commitment Hasan, a film put forward by Turkey for the 2022 Academy Awards following its selection in Cannes’ 2021 Un Certain Regard section.

The titular Hasan is played by Umut Karadag, a well-known face in his homeland, and a bit of a George Clooney, just with less hair and stern, sorrowful eyes. Hasan is a farmer who owns land inherited from his father in the Ankara province: we see him tending to his apples and tomatoes alongside his workers, and fighting to prevent the installation of a huge, high-voltage tower carrying Yeni Akım Elektrik’s new power line. But this doesn’t distract him from an important event which he’s about to take part in: after a three-year wait, he has finally been chosen to make the pilgrimage to Mecca alongside his wife Emin (Filiz Bozok). But as all fellow believers are aware, pilgrims can only make their way to this sacred place once they have obtained the blessing of all those they have wronged. And for Hassan this will prove a particular onerous task. Over the course of the film, we learn that our protagonist isn’t quite the squeaky clean and virtuous man he first seemed and who he believes himself to be. There’s an air of corruption hanging over the judge who assigned Hasan’s home and lands to him, and his older brother (Mahir Günşiray) hasn’t spoken to him for twenty years since. Indeed, it’s this very same judge that Hasan turns to in order to get the dreaded pylon pushed back onto one of his neighbour’s lands. When he hears, from a bank employee, about another landowner’s bankruptcy, Haman seizes on this opportunity and buys up his land at a rock-bottom price, sending his colleague to the cleaners and spending an enormous sum on the hotel which he will be staying at during his pilgrimage. His wife Emin is no better when it comes to meanness and small-mindedness hidden beneath good manners. There’s complicity between the two of them, but there’s also a huge void, resulting from a mutual sense of guilt. Hasan is a product of our times, torn between his love for nature and his own self-interest, desperate to protect the wellbeing he has won for himself by way of favours within a corrupt system.

Once again availing himself of director of photography Ozgur Eken, who shot the film in 6K using a Sony Venice camera, the director lingers over nature-based elements in order to emphasise the distance between an ideal world and the hypocritical one in which the protagonist moves as he seeks out forgiveness from those he has betrayed. He’s one small hypocrite in a hypocritical world, Kaplanoğlu seems to suggest to us as he foregrounds the ban on Turkish farmers selling products treated with pesticides to European Union countries, despite Germany being allowed to do so. Hasan’s dreams exude nostalgia for innocence lost and the looming spectre of divine punishment, the latter depicted wonderfully in a scene reminiscent of the biblical rain of frogs in Paul Thomas Anderson’s Magnolia, whereby a heavy rain of apples, torn from the trees by the wind, beats down upon our protagonist.

Awarded Berlin’s Golden Bear in 2010 thanks to the beautifully moving movie Honey [+see also:
film review
trailer
interview: Semih Kaplanoglu
film profile] – the last instalment in a trilogy which made him famous all over the world - Kaplanoğlu has accustomed audiences to an aesthetically sophisticated cinematic language, like that of his contemporary Nuri Bilge Ceylan (both belong to the so-called “third generation” alongside Yeşim Ustaoğlu, Zeki Demirkubuz, Reha Erdem and various others), and to a considered, realistic and subtly political approach, which sees him roaming Turkey’s asphyxiating and claustrophobic rural lands and exploring family relations - torn between tradition and modernisation - and the conflict between faith and personal aspirations. And this expressive tendency is confirmed in the present film, the second part of a new trilogy which began with 2019’s Commitment Asli. 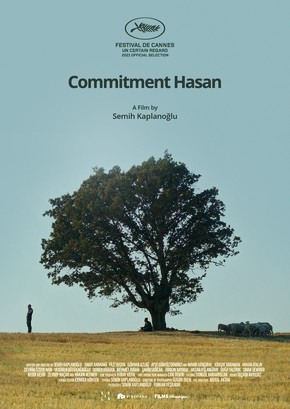 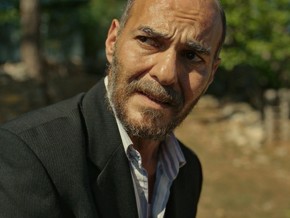 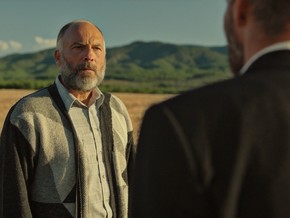 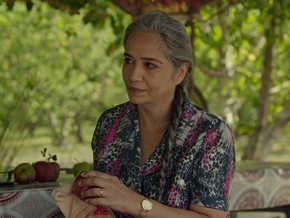