"If this is socialism, you can pack up your junk!” It is 1962 in Mali, a little more than a year after the decolonisation of the country, its accession to independence and to a republic led by the US-RDA party of the president of the government Modibo Keïta. Sent on a mission deep into the bush to convert the villagers to the collective virtues of revolutionary freedom, Samba (Stéphane Bak) feels a little as though he is preaching in the desert. But true to the national motto, "one people, one goal, one faith," the smiling young man in fatigues perseveres in his hopes of building a new society, a resilience like that of Robert Guédiguian, whose entire cinematographic oeuvre (22 feature films) is permeated by an unwavering fidelity to the necessity of the class struggle, filtered through the intimate. This is naturally still the case with Mali Twist [+see also:
trailer
film profile] (released in French cinemas tomorrow by Diaphana), but the colours of the whole have changed completely this time. Because working exceptionally rarely outside France and beyond a small circle of performers who have accompanied him since the beginning of his career, the director has revived himself by offering himself not only a new cast, but also a period film set on the African continent.

“As Lenin said: ‘Socialism is the Soviets, electrification and the twist.’” An apostle of the revolution, Samba is nevertheless a young man of his time, who loves to dance the night away in the hot clubs of the Malian capital, where girls and boys sway, dressed up in European fashion. Above all, at the centre of all his thoughts is Lara (Alicia Da Luz), whom he helped to escape from her village and a forced marriage (marital rape). A passionate and very romantic love affair develops, but there is no lack of threatening shadows, too: Lara's brother and her husband have been sent to Bamako by the village chief to get the runaway girl back, part of the political committee of the ruling party considers Western music to be counter-revolutionary and wants to bring the youth back to the "straight and narrow path" of traditions to safeguard a socialist revolution whose false steps the former colonial power is watching out for, reforms (partial agrarian collectivisation, opening of schools and dispensaries, project for a new Family Code to free women from the guardianship of the castes and elders, etc.) are struggling to materialise, and the traders (including Lassana - played by Isaka Sawadogo, Samba's father) are demonstrating against the regime eager to impose new social rules and a national currency. Caught in the crossfire, Samba's idealism is put to the test, for if "emancipation means freeing oneself from servitude, domination and alienation," the political flight into "Stalinist" revolutionary hardening unfortunately never rhymes with love and the twist, nor does the Islamic yoke tormenting contemporary Mali into which the film is projected in the epilogue.

Inspired by the photographs of Malick Sidibé, Mali Twist (the screenplay of which was written by Robert Guédiguian and Gilles Taurand) does not claim to moralise or substitute for an African perspective. The film relies on the universality of love stories that defy (at the risk of their lives) traditions and ideologies, to weave a story nourished by simplicity, enthusiasm, and even the touching naivety of youth, against the backdrop of a utopia of class struggle confronted by "realpolitik." A dive into the past, punctuated by a multitude of hits from the early 60s whose fragrance of effervescent happiness is tinged with nostalgia and tragedy, like a challenge to time and the dictates of the mind.

Produced by Agat Films & Cie, the Canadians of Peripheria and the Senegalese of Karoninka, Mali Twist was co-produced by France 3 Cinéma and Canal+ International. International sales are handled by mk2 Films.

Europe to cross paths with other continents at FESCAAL

The 31st edition of Milan’s African, Asian and Latin American Film Festival will be opened by Mali Twist, the latest offering by French filmmaker Robert Guédiguian 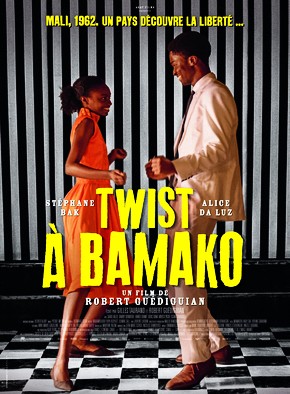 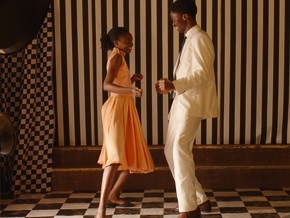 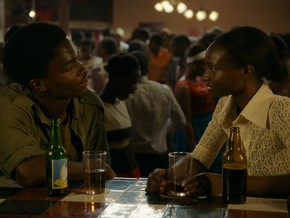 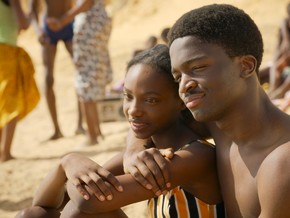 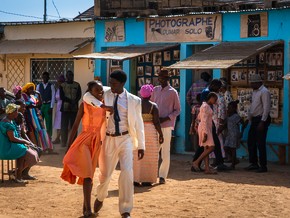 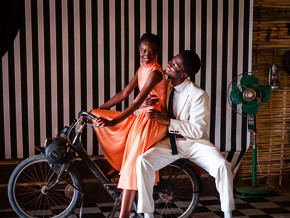 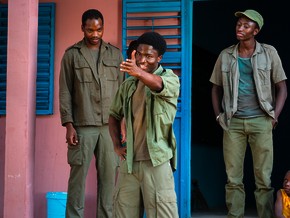 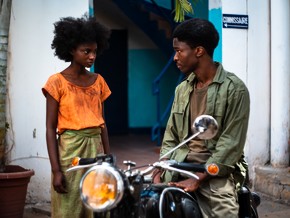 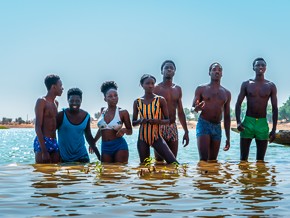