Laetitia Casta, Joseph Engel and Louis Garrel in The Crusade

Imagine you’re a parent and that, one fine day, your delightful 12-year-old son sells various items of value belonging to your family (clothes, watches and jewellery) in order to fund a project in Africa that aspires to save the planet, no less – a secret plan concocted by a whole bunch of children to halt climate change and save the world from catastrophe. Your first reaction, perhaps, would be incredulity, followed by heart palpitations and, finally, an attempt to avert disaster and understand what has happened by talking to the kid. This is the hilarious and captivating starting point for the premise of the latest film by actor-director-screenwriter Louis Garrel, The Crusade [+see also:
trailer
film profile], presented at the most recent edition of the Cannes Film Festival (in the special Cinema for the Climate section) and subsequently screened at the San Sebastián Film Festival (in the Pearls section), prior to its French theatrical release on 22 December (courtesy of Ad Vitam) and its Italian one on 5 January (thanks to Movies Inspired).

In a continuation of his previous movie, A Faithful Man [+see also:
film review
trailer
interview: Louis Garrel
film profile], with the same characters and the same family history, but offering up different situations, subject matter and considerations (in the case of the former, the central topic was romantic relationships and the conflicts that arise from them), the French helmer weaves an imaginative tale that blends together a reflection on the different attitudes we adopt in the face of climate change and community issues, the accompanying generation gap, and what it means to be mature. As was the case in that first film from this singular diptych, Garrel himself and his real-life partner, actress Laetitia Casta, play a middle-class married couple who almost have a heart attack when they learn of the surreal machinations of their son (an entertaining Joseph Engel), a boy who has the face of an angel, but who is actually pretty devious and smart. Indeed, he will continue to use his impressive intelligence to play his cards right, and despite everything, we can’t help but take a liking to him.

In much the same vein as the movies of Éric Rohmer and other filmmakers such as Hong Sang-soo, Garrel starts off with simple, small, relatable stories, centring on the relationships between the characters, and then elevates it beyond the mere storyline and delves deeper into reflections on various subjects – into the setbacks, dilemmas and moral quandaries thrown up by them. The enjoyable first scene described above already provides a whole manifesto for what the film is going to be about; the backdrop and the subjects it attempts to broach, but also its form and the way it narrates these things, from a standpoint of humour and freedom, toying with comedic and dramatic elements, and with fantasy and reality. And in this narrative and these ideas, it’s easy to sense the influence of the late Jean-Claude Carrière (the co-screenwriter of the film together with Garrel, whom the movie is dedicated to) and that of the generation of the director’s own father (filmmaker Philippe Garrel), steeped in the French New Wave and the events of 1968.

In The Crusade, we see the reflection of an idealism and a wistfulness that owe a great deal to that previous generation. One of its virtues lies in knowing how to narrate and link up those different sensibilities: the endless possibilities available to the new generations and a questioning of how that idealism is lost with the passing of time. When all is said and done, the movie ends up as an entertaining and emotional fable that, far from engaging in facile and short-lived activism and naive moralising, poses a complex and important question: whether the life we have, and which we have come to accept, is truly the life we want.

The Crusade was staged by Why Not Productions and is sold overseas by Wild Bunch International. It will hit screens in other European countries in the next few months, such as Spain on 22 April, courtesy of BTeam Pictures.

more about: The Crusade

EXCLUSIVE: The Innocent by Louis Garrel is now filming

Roschdy Zem, together with the director himself, Anouk Grinberg and Noémie Merlant shine in the cast of a production handled by Les Films des Tournelles

Four Palme d’Or contenders coming courtesy of Julia Ducournau, Nabil Ayouch, Sean Penn and Justin Kurzel sparkle in the line-up, alongside works by Folman, Desplechin, Noé and many, many more

Founded as an integral part of the Cannes Official Selection, this new ephemeral section of films on the environment includes one fiction and six documentary titles

Félix Lefebvre and Grégoire Monsaingeon also star in the cast of the director’s first feature, produced by Why Not and Face Nord Films, and sold by Wild Bunch

The actor is flanked by cast members Yolande Moreau and Marina Hands in this film steered by Why Not Productions, on which shooting has just commenced 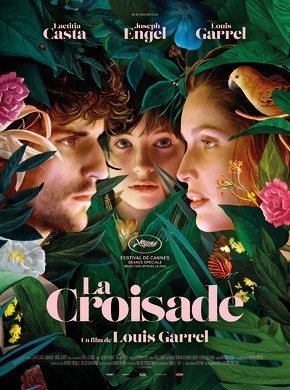 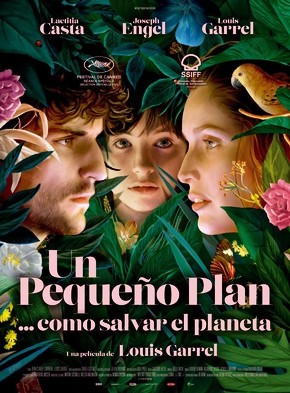 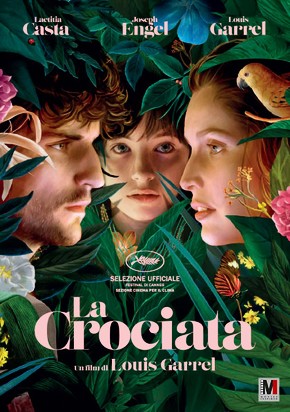 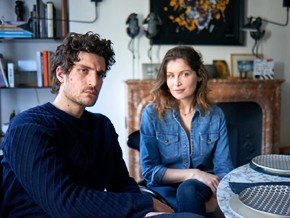