Review: All That Breathes

02/02/2022 - In the polluted New Delhi skies, the bird truly is the word, as Indian filmmaker Shaunak Sen’s Sundance-awarded documentary proves

Here’s something unique: a gripping film about virtue and good deeds – the kind that balance the scales if you believe in karma or a monotheistic religion. Captured by rising Indian documentarian Shaunak Sen, the subjects of All That Breathes [+see also:
trailer
interview: Shaunak Sen
film profile] take New Delhi’s black kite raptors under their wing, their fragile place in the local ecosystem affected by the city’s notoriously polluted air. Of the many climate crisis documentaries presented at recent festivals, this is one of the most persuasive, showing how a whole urban environment can endure such an ordeal, rather than an isolated example, or one individual’s sermon from the pulpit. The film garnered the Grand Jury Prize in the World Cinema Documentary Competition at last week’s virtual Sundance (see the news).

Observing the two protagonists’ focused yet self-effacing demeanour, Sen provides – at the risk of being grandiose – a model for how we as civilians can forgo the routine duties of our lives for something greater, with the outcome truly visible in the world around us. It’s a trigger, almost otherworldly in its imagery, that demands an equally momentous response: birds are literally falling out of the sky in droves, like the frogs at the end of Magnolia. And what are you going to do about it?

Brothers Saud and Nadeem manufacture soap dispensers in what looks like a multi-storied car body shop – but Sen’s film thankfully isn’t too bothered about this. The siblings’ real passion is their non-profit veterinary operation Wildlife Rescue, retrieving as many as 20 downed black kites per day and subjecting each one to corrective surgery: to fix a twisted wing here, or a clouded pupil there. As they return to the musty skies, it’s clear that the cycle will repeat itself, and a now-healed bird could be struck down with exactly the same ailment. But just as if a landfill were piled outside your window, the sight of twitching birds on the ground ignites the altruistic impulse in Saud and Nadeem, which hopefully lies somewhere within all of us as well.

All That Breathes has one moment, in particular, that made this writer realise something special was afoot. Near the film’s midpoint, the brothers notice two black kites floating upside down in a flooded thoroughfare; Sen’s camera then captures, in real time, the split-second decision where they decide to plunge waist-deep into the revolting, brown water. The sloshing waves and the swirling debris evoke the artificially created production design of a Vietnam War film like Full Metal Jacket; it’s imagery that needs to be framed in this cinematic fashion, to make its chilling point.

Later on, we learn of the Muslim significance of feeding, and giving life back to these birds of prey: the Thawāb, referring to the spiritual merit accrued from acts of piety. Incorporated later in the film, we see media coverage of anti-Muslim riots precipitated by the Hindu nationalist government’s Citizenship Act, cross-cut with Saud and Nadeem’s more placid work. With consummate skill, and an on-the-nose comparison between political and environmental discord that just about sells itself, Sen has captured a world out of joint.

All That Breathes is a co-production between the UK, India and the USA, staged by Kiterabbit Films and Rise Films, in collaboration with HHMI Tangled Bank Studios. Its world sales are handled by Submarine Entertainment.

more about: All That Breathes

Interview: Shaunak Sen • Director of All That Breathes

CANNES 2022: New Delhi’s notoriously polluted air is in the centre of the acclaimed documentary by the Indian filmmaker, which has received the festival's Golden Eye award

The two European films are only outpaced by Everything Everywhere All at Once, while Triangle of Sadness surprises with nods in the three main categories

The Netflix title has garnered 14 nods, tying with 2001’s Crouching Tiger, Hidden Dragon in terms of the most nominations ever received by a foreign-language film

The Austrian, Belgian, Danish, French, German, Irish, Polish and Swedish representatives are vying for a nomination

Aftersun and Bones and All are the most-nominated US-Europe co-productions, while Saint Omer and Corsage are vying for the Best International Film Award 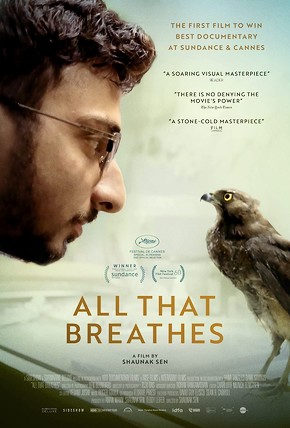 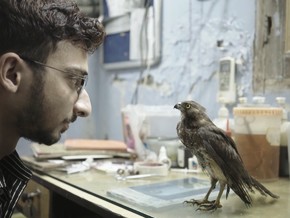 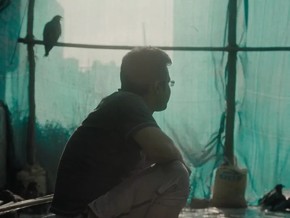