04/02/2022 - Co-produced by Italy, Portugal and Serbia, Lorenzo d'Amico De Carvalho’s debut film takes a humorous approach to exploring the adolescence of a pasionaria living in an “adolescent” country

The thirst for revolution meets Time for Loving in Lorenzo d'Amico De Carvalho’s first fiction film Gli anni belli [+see also:
trailer
film profile], which is hitting Italian cinemas on 7 February, courtesy of Bendico. It’s a coming-of-age tale set on a campsite in the summer of the mid-1990s which hazards a unique association of ideas via comedy. Indeed, while following a rebellious and politically engaged young woman’s transition into adulthood, the movie also looks to explore the transformation of a country – which was also going through an “adolescent” phase, so to speak, of growth – where anything seemed possible. We’re talking about Italy and the dawn of Silvio Berlusconi’s entry into politics. These are subjects which are all tackled using a tone reminiscent of the Vanzina brothers’ old films, and which are brimming with exuberant characters, bizarre situations, unbridled lightness and a healthy dose of nostalgia for times gone by.

It’s the summer of 1994, and our young protagonist Elena, played by Romana Maggiora Vergano (also currently appearing on TV in the Sky series Christian [+see also:
series review
series profile]), dreams of changing the world. There’s a new government in power who are promising change and prosperity, and on TV there are leggy dancers going crazy, telesales and World Cups starring Roberto Baggio. But Elena wants to start a revolution because, as a model 16-year-old with healthy principles, she hates consumerism, monopolies and “the regressive effects of mass subculture”. The young woman’s ideals clash, however, with those of her father Eugenio (Ninni Bruschetta), a placid Greek teacher who enjoys a loving and time-tested relationship with his wife Adele (Maria Grazia Cucinotta), who are partners in crime, albeit slightly tired. In their eyes, it’s vacation time; the revolution can wait. But when the three of them arrive on the campsite where they always spend their summer holidays, they discover a markedly different atmosphere to that of previous years, under the aegis of a new director (Stefano Viali) who bears an uncanny resemblance to the new head of government: he talks in slogans, tells jokes and promises “more holidays for everyone”. It’s nothing short of a nightmare for Elena, only made bearable by the arrival on the campsite of a group of young “warriors”, just like her.

Written by the director-documentary-maker (Rua do Prior 41) together with his wife Anne-Riitta Ciccone (I'm (Endless Like the Space) [+see also:
trailer
interview: Anne-Riitta Ciccone
film profile], screened in Giornate degli Autori 2017) whose idea gave rise to the film, the script subsequently paves the way for a real pitched battle, verbal and otherwise (by way of water pistols) between these “dangerous communists” and the team of youths working for the campsite director - whose duty it is to ensure new rules are respected, such as the ban on hawkers selling their wares on the beach and the insistence on eating or drinking if you’re sitting at the bar - all interspersed with first loves, tears, sea dives, marital crises, a longing to grow up and find one’s place in the world, and whirlwinds which throw everything up in the air. It’s a gentle comedy which is sometimes excessive in its attempts to make viewers laugh, but which, nonetheless, provides an opportunity for modern younger audiences to take a look at a past era, should they so wish; a time pre-social media, when summer holidays really were an opportunity to detach and were spent in a microcosm of our choosing (in this instance, a campsite in Calabria), without mobile phones or internet, where people revelled in making new friends and in taking on the system with what they had.

Co-produced by Italy, Portugal and Serbia, Lorenzo d'Amico De Carvalho’s debut film takes a humorous approach to exploring the adolescence of a pasionaria living in an “adolescent” country 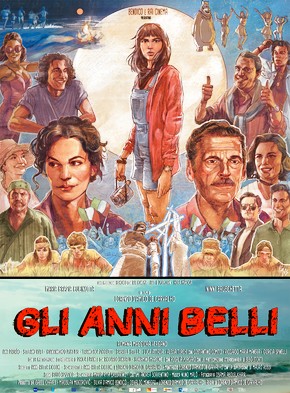 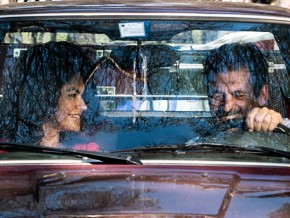 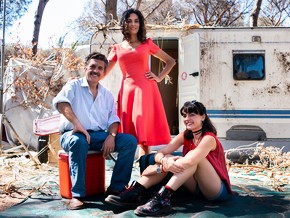 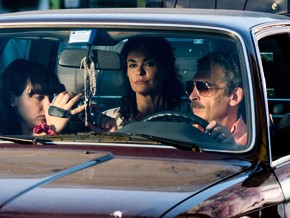 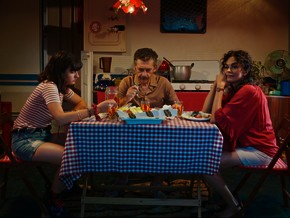 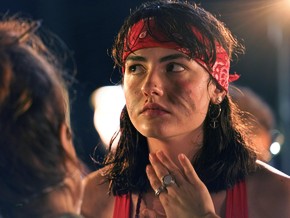 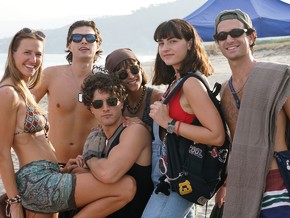 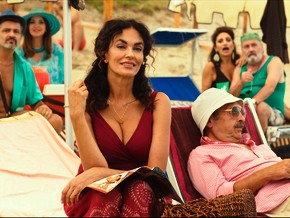 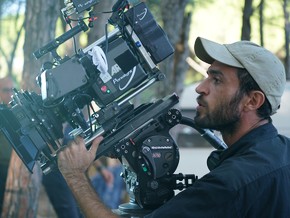