10/02/2022 - With this hybrid film brimming with affection and imagination, Helena de Llanos immerses herself in the republic of wonders created by Fernando Fernán Gómez and Emma Cohen in their house in Madrid

A game. An uninhibited exercise of immense love and admiration. A film with no genre, no limits and no fear. That – and much more besides – sums up Journey to Somewhere [+see also:
trailer
interview: Helena de Llanos
film profile], written by, starring and directed by Helena de Llanos, the granddaughter of Fernando Fernán Gómez, that genius who was bursting with equally intense torrential diatribes and creations that took the form of performances, writings and cinematic works. Alongside the actor in and director of Voyage to Nowhere, sharing in that same spirit of playfulness and imagination, was actress and filmmaker Emma Cohen. This unique, one-of-a-kind pairing constitutes the epicentre of this film, which hits Spanish screens on 11 February through A Contracorriente Films, after having passed through festivals of the likes of Seminci and Abycine, as well as being nominated for the Feroz Awards.

A detached house with a garden in the outskirts of Madrid, just to the north of the capital, is the setting for the action of this feature crafted in a fearless attempt to convey the spirit that the place oozed when it was inhabited by Fernando and Emma. The granddaughter enters the house, starts to rifle through items of furniture, books and the thousands of objects that fill it to the brim, in order to ascertain the playful, stormy and creative atmosphere that its occupants lived and breathed, and which she had the immensely good fortune to share in until their deaths.

And so, during the running time of Journey to Somewhere, the filmmaker strikes up a dialogue with her much-admired relatives, steps into a few films – much like Mia Farrow did in The Purple Rose of Cairo – to play opposite her granddad, and unveils interviews, moments of everyday life and fragments of celluloid in a game where metacinema is in perfect harmony with her respect, admiration and longing for a more wondrous time.

Therefore, this is no conventional documentary that looks back at people’s lives via a list of events, peppered with talking heads that lavish praise on others’ careers. No: here, those invited to take part – Juan Diego, José Sacristán and the late Verónica Forqué – prefer to partake in a “redhead party”, exactly the kind of friendly gathering that used to take place so often in that garden. Or, with the voice of Fernán Gómez himself, actor Tristán Ulloa breathes life into the character of Juan Soldado, which propelled the former to fame decades ago, and wanders around the rooms of this place bristling with memories, photos, documents, celluloid and piles of notebooks.

All of the above makes this film, which is hard to pigeonhole, into a form of mourning, but a joyful one: a celebration of the lives of two people who decided to live unrestrained in their own kingdom, where warm welcomes, tolerance and creativity reigned supreme – the same creativity that Helena de Llanos opted to use to pay tribute to two people who taught her so much, in such an original way.

Journey to Somewhere is a production by Alguna Parte AIE, Estela Films, Enrique Cerezo PC, Pólvora Films, Lacoproductora and A Contracorriente Films, which is also in charge of its Spanish distribution.

more about: Journey to Somewhere

We chatted about the documentary that pays tribute to the free-spirited atmosphere created by her grandfather, Fernando Fernán Gómez, and his partner, Emma Cohen, in a detached house north of Madrid

Ione Atenea's sophisticated second film makes you want to play-act again, like we did when we were kids

With this hybrid film brimming with affection and imagination, Helena de Llanos immerses herself in the republic of wonders created by Fernando Fernán Gómez and Emma Cohen in their house in Madrid 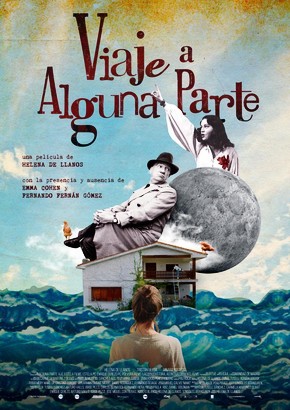 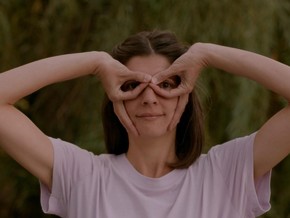