11/02/2022 - BERLINALE 2022: Magnus Gertten's film is a remarkable historical and personal chronicle of love and war, captured from a two-second shot from 1945

In his 2015 documentary Every Face Has a Name [+see also:
trailer
film profile], director Magnus Gertten attempted to track down some of the WWII survivors present in a 1945 newsreel from Malmö harbour, Sweden’s gateway to continental Europe. He got hold of a handful, who in turn provided names to others in the footage. Among the Polish Jews and French resistance, an oddly androgynous Eurasian face made a lasting impression during her two seconds on screen. Identified as Nadine Hwang, she got the following caption: “Belonged to an artistic community in Paris. Left for China in 1945 and disappeared without a trace.” But Nadine’s story turns out to be quite different, as will be unearthed in Nelly & Nadine [+see also:
trailer
interview: Magnus Gertten
film profile], world-premiering in the Panorama section at the 72nd Berlin International Film Festival.

This is actually Gertten’s third venture into the footage, which he happened upon in 2007. Originally shot for SF Journalen and included in the short documentary feature Vittnesbördet (“The Testimony”), it was shown in Swedish cinemas in early May of 1945 to shocked reactions. About 15,000 survivors arrived in Malmö in April 1945, mainly via the “White Bus” operations. On the day of the footage at hand, the 28th, 1,948 persons, many of them women and children, set foot into freedom. Based on this footage — pristine in quality — Gertten presented Harbour of Hope in 2011 with the goal of identifying the persons in the film. Out of this came the above-mentioned second instalment, which was seen at the Paris premiere by one Sylvie Bianchi, who afterwards came up to Gertten, informing him that Nadine Hwang indeed left a trace. In fact, that trace was the partner of Nelly, Sylvie's grandmother. To boot, Sylvie’s attic roomed a large crate of writings, diaries and even super-8 films, all inherited from Nelly and not yet touched by the still somewhat weary granddaughter. In Nelly & Nadine, it all gets unpacked and unrolled into a remarkable account, both historical and deeply personal.

An accomplished classical singer, Belgian-born Nelly Mousset-Vos is arrested by in 1943 and sent to the Ravensbrück concentration camp for women. She uses her musical abilities to get the occasional advantage, such as some vegetables from a sentimental guard. During a Christmas recital in the barracks, a voice requests “Madame Butterfly.” It belongs to the woman with whom Nelly will spend most of the next three decades. They are later separated as Nelly is transferred to another camp (“Mauthausen, the antechamber of hell” reads the painstakingly exhaustive diary), but reunite after the war, relocating to Venezuela, their home for the rest of their lives together.

In Nelly & Nadine, Gertten achieves at least two significant feats — one almost by perverse chance, which he has managed to seize, and one by assembling this exceptional discovery, moving back and forth between today and various yesteryears, into a work of truth that surely surpasses fiction. Stepping back from the narrator’s chair, he hands over the scene to Sylvie herself, a likewise accidental but organic guide through this secret chronicle of a handsome couple, gloriously unveiled for the world to behold and, it is highly likely, to adore.

BERLINALE 2022: The new documentary by the Swedish filmmaker is a touching love story between two women who met in a Second World War concentration camp

After premiering at the Berlinale and being selected for over 40 festivals, the picture will now be distributed theatrically in Belgium, Germany, Denmark, Austria and Israel

Celebrating its half-century milepost, the gathering offers a splendid programme of jubilation, conversation and interaction on all things cinema

The 37th Lovers Film Festival is ready and raring to go

The oldest LGBTQI+ festival in Europe will unspool between 26 April and 1 May in Turin, offering up 54 titles in competition and the Lovers Goes Industry professional sidebar 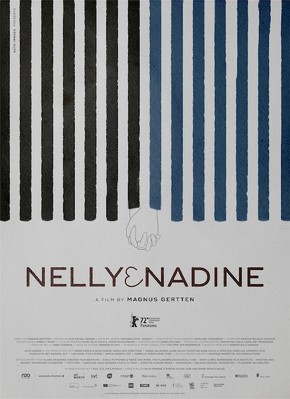