12/02/2022 - BERLINALE 2022: Éric Baudelaire adapts Pirandello in a very singular fashion in a strange and intelligent film that doesn’t look like any other and dominated by the captivating Oxmo Puccino

Oxmo Puccino in A Flower in the Mouth

"A little thing, very pretty, different, a gift that will leave a mark, not at all anticipated, seen like that at the passage of a street, of a district where people like me or you too maybe never go. The kind of neighbourhood that a guy like you even hates, but you have to go there sometimes for work or an errand. You're surprised because as you walk through, you sometimes stop hating what you see, for two or three seconds." Completely in line with this vision of the world proposed by the very observant main character of his new film A Flower in the Mouth [+see also:
trailer
film profile], discovered at the Forum of the 72nd Berlinale, French director Éric Baudelaire, who works in a cinematographic field on the edge of contemporary art, delivers a feature film that appears disconcerting, but whose singularity, cachet and insidious charm leave an intriguing and unforgettable mark, which is not necessarily self-evident when one traces one's own path away from conformism in the overabundant universe of images.

When he decided to adapt (with Anne-Louis Trividic) Luigi Pirandello's play A Flower in the Mouth (1923), the filmmaker knew that it would be a question of life and death, of a chance nocturnal encounter in a bar, of a conversation that stretches and bounces (almost a monologue of one, the other listening) between a man (Oxmo Puccino) condemned by a tumour in his mouth ("such a poetic name, suggesting the sweet and the sugary, like a flower: epithelioma") and another (Dali Bensallah) who simply missed his train. The two of them kill time, the first one waiting for death in a few months, the second one for the dawn so that he can go back to his province and his ordinary life.

In a ghostly Paris wonderfully lit by Claire Mathon, this bizarre and fascinating little theatre of Pirandellian reflections made out loud, mixing the realism of anecdotes acutely observing daily human life with existentialist philosophical depth, is literally brought to the height of the spectator by the performance of the charismatic Oxmo Puccino. And it is preceded by a first part (a very long prologue, in fact) of the film that is no less fascinating, totally documentary, in the heart of the hyper-automated warehouses and over-computerised auction room of the Aalsmeer flower market in the Netherlands, where 46 million flowers are exchanged every day. Magnificent flowers, already dead during probation, coming from all over the world and going elsewhere in a very dehumanised atmosphere, a clinical picture of globalisation that the viewer can link as he or she wishes with Pirandellian thought and which adds yet another layer to the intelligence of Éric Baudelaire's extraordinary artistic craftwork.

A Flower in the Mouth was produced by Les Films du Worso (Sylvie Pialat) and Poulet-Malassis Films, and coproduced by the Jeonju South Korean film festival, the Germans of Flaneur Films, and the French structures M141 and Proarti.

more about: A Flower in the Mouth

Zinebi gears up for its 64th edition

The Bilbao-based festival specialising in documentary and short films is all set to unspool in physical form from 11-18 November, with 147 titles from 47 countries on its schedule

BERLINALE 2022: Éric Baudelaire adapts Pirandello in a very singular fashion in a strange and intelligent film that doesn’t look like any other and dominated by the captivating Oxmo Puccino

Twenty-seven films have been chosen for the main programme of the section, including Anka and Wilhelm Sasnal’s We Haven’t Lost Our Way, and Rewind and Play by Alain Gomis 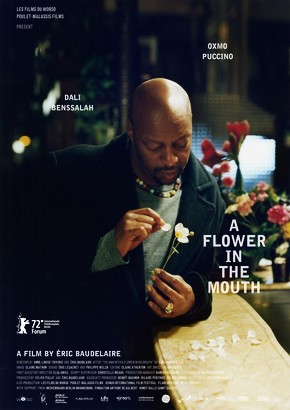 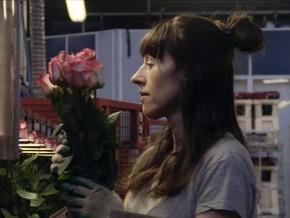 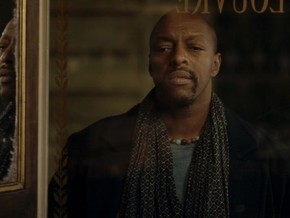 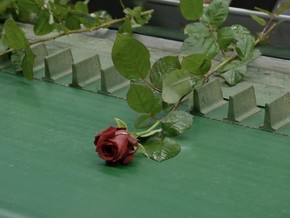