13/02/2022 - BERLINALE 2022: Treading the fine line between the gutsy and the brittle, Sanna Lenken’s return shines a ray of joy on the harsh process of grief management

After her recent success as the main director on the hit Scandi crime series Thin Blue Line, Sweden’s Sanna Lenken now returns to the Generation section of the Berlin International Film Festival, where her feature debut, My Skinny Sister [+see also:
film review
trailer
interview: Sanna Lenken
film profile], took home the Crystal Bear Award in 2015. Comedy Queen [+see also:
trailer
interview: Sanna Lenken
film profile] is a tender journey into the process of grief and how to manage it – more specifically, if you’re a gutsy young gamine, harshly and unfairly interrupted in the middle of your childhood.

“Mum, you always cried. I refuse to cry.” Smiling though her heart is breaking is just part of 12-year-old Sasha’s cunning plan designed to stop her from becoming like her mum, who couldn’t handle the burden of life and ended it all herself not too long ago. Sasha has taken things a step further and come up with a set of “survival list” rules, containing the following items: don’t read books, don’t look after anything living and, importantly, cut off all hair. It’s all about not becoming Mum, not looking like her, not getting into any brooding or pondering, and not attempting to care and then failing. The final rule primarily deals with Dad; he hasn’t laughed since Mum died, and it’s high time this was sorted out. Solution: become a comedy queen!

While some of these boxes are fairly easily ticked (Dad’s clippers being a tolerable casualty in the hair-cutting scheme), others are trickier. A fluffy problem is presented at Sasha’s 13th birthday: a dog, very much alive and all her own to – damn it – take care of. On top of this predicament, there’s the comedy bit, with push coming to shove when she’s offered a spot at a real comedy club. Mum used to talk about “funny bones”, something you either have or haven’t got. In the worst-case scenario, you couldn’t get a laugh if your life depended on it, but Sasha decides to invest in a middle ground: succeeding through intense practice, massaging each and every one of dem dry bones. With a little help from her friends – and luckily, Sasha’s got quite a few of them – things may not turn out too shabby.

Based on an acclaimed children’s book by psychologist and author Jenny Jägerfeld (who also wrote the recently Göteborg-premiered So Damn Easy Going), Lenken’s screen adaptation of Linn Gottfridsson’s script expertly treads the fine line between the spunky and the brittle, at times managing to combine the two to gripping effect. And while Sasha’s one-liners may not always be entirely side-splitting, she (with no small aid from the crisp charisma of young thespian Sigrid Johnson) certainly provides a gleaming ray of joy. Listen out for the John Denver song “Country Roads”, also heard in another fine coming-of-age story, the Japanese Studio Ghibli gem Whisper of the Heart.

Comedy Queen was produced by Sweden’s FLX, with co-production by Film i Väst, SF Studios and SVT. Its world sales are managed by REinvent Studios.

“So many children don’t know how to talk about grief”

BERLINALE 2022: The Swedish director follows up her Crystal Bear-winning My Skinny Sister with a drama proving that, in the end, only laughter can heal pain

Triangle of Sadness wins big at the Swedish Guldbagge Awards

Ruben Östlund’s 2022 Palme d’Or winner has scored a landslide victory at the Swedish national film awards; other laureates include Boy from Heaven and Comedy Queen

Hlynur Pálmason’s feature has added another feather to its cap at the Latvian event, while My Love Affair with Marriage and Comedy Queen also got some love

The six-episode show follows a mother and daughter who try, in their own different ways, to make life better for one another but keep failing, time and again

Cyril Dion's Animal, Sanna Lenken's Comedy Queen and Lars Montag's Dreams Are Like Wild Tigers are vying for the award, as the European Film Academy revealed 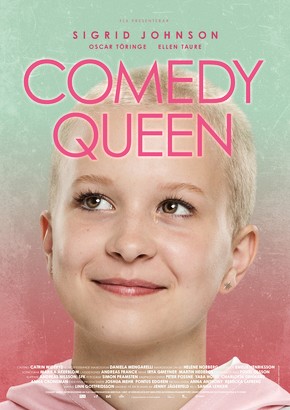 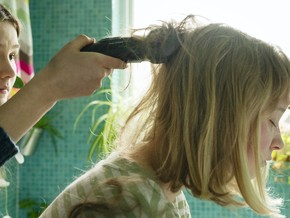