Review: Chickenhare and the Hamster of Darkness

Chickenhare worships his father Arthur, a famous rabbit adventurer and ruler of the Kingdom of Featherbeard. The only problem is that Arthur is Chickenhare’s adopted father and Chickenhare’s obsession with adventure might have something to do with his desperation to prove he’s a son worthy of his father, even if he doesn’t actually share the same genes. And even if he’s also part-chicken… He’ll need to overcome an array of obstacles before finally understanding that his diversity is a strength which will serve him well.

By way of Chickenhare and the Hamster of Darkness [+see also:
interview: Ben Stassen and Benjamin Mo…
film profile] (which Belga are releasing in Belgian cinemas tomorrow), filmmaker, producer and founder of Belgian studio nWave Ben Stassen – in league, on this occasion, with Benjamin Mousquet – is proving his animated film know-how is beyond all doubt. As a 3D pioneer, he has successfully moulded his particular brand of cinema, which sometimes veered towards technological demonstration, into a form focused on high-quality family entertainment, aside from that offered by the big Hollywood studios. In this film - which will be the director-producer’s last, since he’s just sold his studio - 3D takes a back seat while the complicity between these three little heroes, and the rich, subtle set design, takes centre stage.

Especially memorable are the two scenes of all-out bravery where Chickenhare is faced with a wall of tough and mind-bending obstacles, which are wholly animated and articulated in a feat of real technical prowess. The same goes for the numerous crowd scenes, in particular the army of marshmallow pigs (cube-shaped pigs who stack on top of one another in order to hamper our heroes’ progress, like a huge, living game of Tetris), and the brilliant, evil Hamster, who’s actually composed of a myriad of small fluorescent hamsters. The film’s incredibly fluid animation manages to endow these anonymous and highly similar heroes with real personality.

In terms of the story (a hero who turns his diversity into a strength in order to save the wider community), it’s not breathtakingly original; the characters (the little boy lacking in confidence, the rebellious female warrior, the cowardly but irresistibly funny best friend) fulfil their roles with skill but they aren’t particularly ground-breaking, and the film’s tributes are pretty OTT (those to Indiana Jones and knight-based films are fully embraced, but there’s also a very on-trend Zootopia and Sing side to it, and Wonder Woman likewise comes to mind vis-à-vis the road travelled by the female fighter, reminiscent of the Amazonian’s journey). But it’s all served up with an upbeat tempo and careful attention to set design and action scenes, which sees us leaping into the adventure feet first.

Chickenhare and the Hamster of Darkness is produced by nWave Pictures (Belgium) and Octopolis (France), in co-production with America’s Sony Pictures International Productions. International sales are managed by Octopolis, while Sony Pictures Entertainment France are distributing the film in France.

more about: Chickenhare and the Hamster of Darkness

Interview: Ben Stassen and Benjamin Mousquet • Directors of Chickenhare and the Hamster of Darkness

"An action scene only takes up half a page in the script, but it takes 6 months to animate!"

We met with the directors of this family adventure film, a brand-new offering from Belgian film studio nWave, which is the flagship of exported European animation

Review: Chickenhare and the Hamster of Darkness

Projects aimed at adults, themes touching on the environment, documentary style, and a stream of novel and comic book adaptations: here are the main teachings to be taken from the 23rd Cartoon Movie 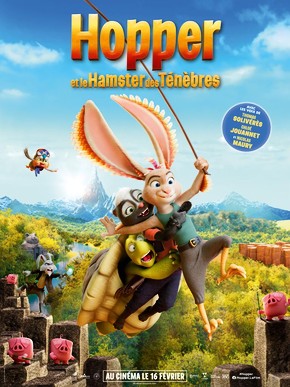 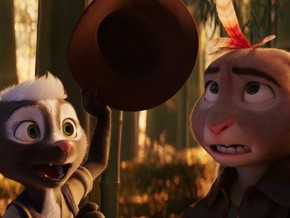 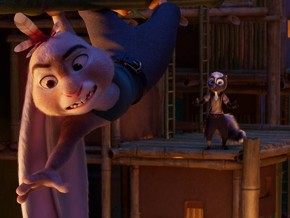 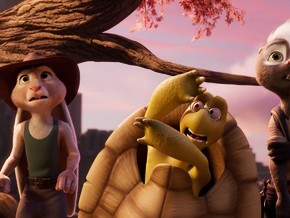 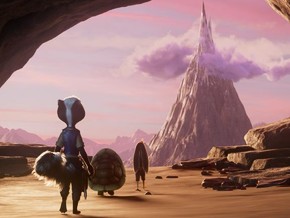 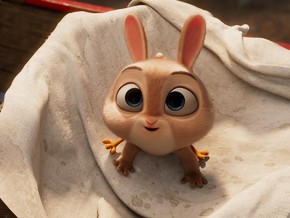 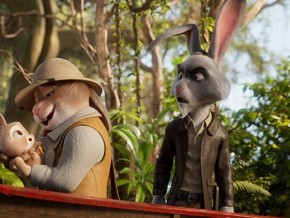 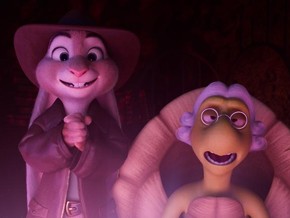 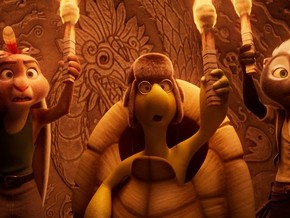 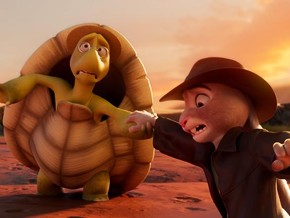