15/02/2022 - BERLINALE 2022: Slovenian-Australian director Sara Kern's first feature is a poignant story of loss and grief, told from the perspective of a ten-year-old girl played by amazing newcomer Loti Kovačič

Some filmmakers have the drive to tell poignant stories that deal with the most difficult topics, and the talent to match. Slovenian-Australian director Sara Kern is one of them. Following up on her sensational Venice 2016 short Good Luck Orlo!, she arrives in the Berlinale’s Generation Kplus section with her first feature, Moja Vesna [+see also:
trailer
interview: Sara Kern
film profile] (lit. “My Vesna”).

A Slovenian family living in the outskirts of Melbourne has been hit by a tragedy: the mother has recently died. Our hero, ten-year-old Moja (Loti Kovačič), refuses to accept it and instead focuses on the pregnancy of her 20-year-old sister Vesna (Mackenzie Mazur). Vesna herself, though, is unable to deal with the pain and acts as if she is not aware of her state. Alternately depressed and manic, she writes poetry and chain-smokes, while Moja is collecting baby clothes and other equipment from people giving them away via ads. The father, Miloš (Slovenian cinema staple Gregor Baković), suffers in silence and does his best to keep the family together, but is he clearly out of his depth.

Going to pick up baby stuff, Moja meets a completely different kind of family, consisting of the sensitive, tender mum Miranda (Claudia Karvan) and the lively, outgoing daughter Danger (Flora Feldman). Their house is much nicer, brighter and better kept, situated in a more affluent neighbourhood, and Moja brightens up when Danger suggests they become friends, almost as if she is honoured. When Danger comes to visit her, she lies about her mum, and the girl assumes it's Vesna.

The tension in the house is palpable: Vesna repeatedly lashes out at Miloš and blames her mum for “doing it on purpose”, which might imply a suicide. As Moja tries to perk up Vesna's mood, it is a sad and touching scene: for her birthday, she makes a “cake” out of whipped cream and strawberries, and tries to add chocolate sprinkles by rubbing two halves of an Oreo together.

Maddison Haywood’s set design puts the viewer firmly in the family's shoes, with the drab, poorly lit interiors of the house and the barren, grey asphalt outside. The sun does not shine until well into the last act, and in the first half of the film, DoP Lev Predan Kowarski never puts all three family members in the same shot: it is Moja who goes from one to the other, showing care and offering comfort. This heavy mix of separation and claustrophobia is strengthened by the 4:3 aspect ratio.

Kern's decision to tell the story from Moja's point of view, supported by the camerawork in which her perception is always in focus, functions really well. Perhaps with another child actor, it wouldn't have worked, but Kovačič is simply incredible – she has talent and a sort of subdued charisma that the camera loves. This allows Mazur to go wild, sometimes to the point of exaggeration, while Baković can meanwhile hold back, accentuating the imbalance.

At times, it can feel like Kern is pushing too hard with what is already a very difficult story. But this is also a quality that Good Luck Orlo! had, so it is a feature of the filmmaker's aesthetics that one can decide to go with or not. It is, however, clear that the director knows exactly what she is doing.

Moja Vesna is a co-production between Australia's Sweetshop & Green and Slovenia's Cvinger Film. France's Wide has the international rights.

"I'm always trying to write about what's most alive in me"

BERLINALE 2022: The Slovenian-Australian director's first feature film deals with grief from the perspective of a ten-year-old girl

In terms of the number of awards won, Matevž Luzar’s movie has ended up tying with Riders and The Happiest Man in the World, which got three Vesnas each

The light of Mediterranean cinema shines especially bright in Valencia

The 37th Mostra de València - Cinema del Mediterrani will kick off with Jordi Núñez's What We Know and will also pay tribute to Robert Guédiguian, Lluís Rivera and Lucile Hadzihalilovic

BERLINALE 2022: Slovenian-Australian director Sara Kern's first feature is a poignant story of loss and grief, told from the perspective of a ten-year-old girl played by amazing newcomer Loti Kovačič 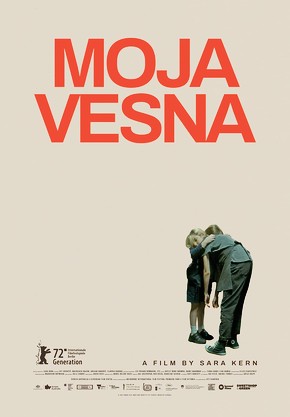 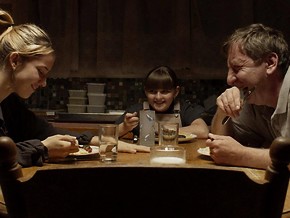 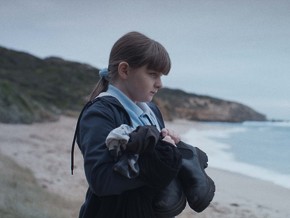