30/03/2022 - In his new documentary, Andreas Koefoed shows that surviving is one thing, learning to live again quite another

Things like this don’t happen every day: an 11-year-old falls out of the window one night, and then survives a fall from the fifth floor. Some will take it as a miracle, as proof that “someone must have been protecting her”. Others will simply note that there was a doctor smoking in the backyard and witnessing it all happen, probably making it one of the few instances when addiction turns into a blessing.

Then again, in The Fall, director Andreas Koefoed – who recently delivered the much more crowd-pleasing The Lost Leonardo [+see also:
trailer
interview: Andreas Koefoed
film profile] – is interested in something else entirely: in what happened next. Surviving is one thing, learning to live again quite another. Estrid, his protagonist, suddenly turns into a child made of glass, with painful rehabilitation marking her days. She becomes sad and withdrawn, although it’s impossible to tell if that darkness was already there or came after the fall. This writer would never have predicted that this modest documentary, world-premiering at CPH:DOX, would make her think of this particular exchange from Batman Begins, of all films, but here we go: “Why do we fall sir? So that we can learn to pick ourselves up.” Exactly.

Interestingly enough, as Estrid gets stronger, and older, she seems to be done with words. She doesn’t want to keep answering questions; she wants to express what has happened to her through her own movements, through dance. After all, it’s her body that took all the beating, that had to transform, that has been limiting her for such a long time. “I never regained my body,” she actually says here, but is still looking for ways to access it.

Just like every teenager, really. She doesn’t love her scars, sure, but she doesn’t want the preferential treatment any more either – she wants to be the kind of kid who wears black eyeliner and dyes her hair green, if such a need should arise. She wants to be someone who fights with her parents and shoots to kill during verbal altercations. Someone who is, and this is understandable, more than her accident, and doesn’t have to talk to a specialist about “boys” in front of her parents.

The event itself is hazy in her mind. Was she sleepwalking or just having one especially vivid dream that led her into peril? Koefoed reaches out to other people as well – including her parents, who heard that some child fell out of the window that night, only to release it was their own daughter – but he keeps some of the mystery intact. Also, he keeps coming back to Estrid’s face, defiant and tired. Starting with her older self, only to then go back five years earlier, to that long-haired girl walking around with crutches, he shows her progress and her frustrations. It’s a very delicate portrait, without any grand finale. But that’s how you go beyond trauma: you do it slowly. Or sometimes, you just carefully dance the pain away.

The Fall was produced by Denmark’s Sonntag Pictures.

more about: The Fall

In his new documentary, Andreas Koefoed shows that surviving is one thing, learning to live again quite another

This year’s edition will host 200 new films, 76 world premieres and 59 competition titles split across six international competitions, with a special focus on Ukraine and Russia 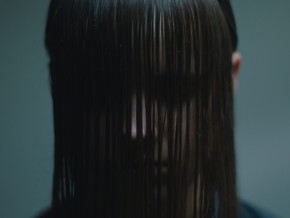