13/04/2022 - Taiwanese director Elvis A-Liang Lu's second documentary is an honest, simultaneously sober and moving exploration of his reunion with his family

For his second feature-length documentary, A Holy Family, which has just world-premiered in the main competition of Visions du Réel, Taiwanese filmmaker Elvis A-Liang Lu returns from Taipei to his home village in the south-west of the island for the first time after 24 years. Reconnecting with his family, the director creates an account that is simultaneously sober and moving.

The family, consisting of his mother, father and brother (and his son), plus a sister who mostly stays out of the picture, is deeply entangled with religion and superstition. The father, a tall, lanky man with sunken cheeks, plays an underground version of lotto and keeps losing. He has the typical, quiet air of an addict, a mix of shame and stoicism. He looks for signs in everything, including incense smoke, and this is basically all he does, writing down numbers and trying to predict a winning combination.

The brother is considered to be a sort of psychic, or a conduit to the gods. He “speaks” to them whenever a client comes to ask for help for a business decision. But this does not help him foresee the flood that will swallow up his field of just-sowed cherry tomatoes. His son, probably around 12 years old, doesn't seem convinced that praying will help, so he does so with little investment in it, more so as not to disappoint his father and grandmother.

The strongest character is definitely the mother. A short, energetic woman, she is totally dedicated to the statues of deities lined up on her Taoist shrine on the first floor of their basic but decent-looking house. She keeps going up and down the stairs, carrying and arranging offerings. Her arm hurts and, as instructed by the gods, she treats it with a hot compress. At one point, she asks her son to help her and father get their funeral photos made. The subsequent sequence has a clear symbolism that lands in a profound way, but speaks volumes about their relationship on the most basic level as well.

It feels like Lu is intentionally keeping a distance, even when he asks very direct questions, and this creates an interesting dissonance. The protagonists rarely get openly emotional; they usually speak rather matter-of-factly, even if the questions tackle potentially painful topics – but this, in turn, implies the underlying difficult feelings, making them all the more potent. It is not easy to gauge how it is exactly that the film does what it does, but it is a well-measured, honest piece that gradually grows into something genuinely beautiful. This impression is amplified considerably by the alternately sunny and rain-drenched exteriors that give the film a welcome breadth.

It is perhaps the director's very presence that eventually brings the family closer together. At the beginning, we barely see them communicating with each other beyond Mum scolding Dad, but as the film progresses, they seem to approach each other more often, both physically and emotionally.

And Lu is going through a transformation himself. He actively refuses the religion and the superstitions, which is probably what turned him away from his family in the first place. Now, through this filmmaking process, he has maybe finally allowed himself to understand them – and perceive the love that has undeniably always been there, even if it is not that easy to detect. After all, he must have been very young when he left, and expressing feelings is not what all families do well, or even at all.

A Holy Family is a co-production between Taiwan's Volos Films and France's Films de Force Majeure.

more about: A Holy Family

FIPADOC soon to fire on all cylinders

200 documentaries from close to 50 countries and upwards of 2,000 international professionals are attending the Biarritz-based festival unspooling 20 - 28 January

Taiwanese director Elvis A-Liang Lu's second documentary is an honest, simultaneously sober and moving exploration of his reunion with his family

After two difficult years that forced the festival to reinvent itself, it is finally back with its audience and guests for an edition defined as that of "freedom regained"

Wim Wenders is among those selected for the eighth edition of the market, which is dedicated to projects at an advanced stage of funding and development, and is unfolding 3-5 September 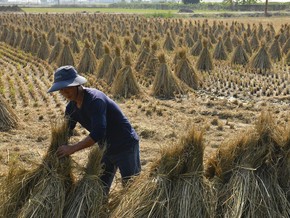