21/05/2022 - CANNES 2022: Emily Atef delivers a wonderful melodrama about the approach of death, whisking us from Bordeaux to Norway in the wake of the charismatic Vicky Krieps and the much-missed Gaspard Ulliel

Gaspard Ulliel and Vicky Krieps in More Than Ever

"Apparently everyone knows about it. Well, here I am, I’m not invisible. I’m sick. Yes, I might die. No-one knows anything in situations like these, and I’m no different." For Hélène - the young thirty-year-old lead in More Than Ever [+see also:
trailer
film profile], Emily Atef’s new movie which was unveiled to great emotion in the 75th Cannes Film Festival’s Un Certain Regard section - the future is already written: struck down by idiopathic pulmonary fibrosis, her lung tissue is thickening and hardening, it’s becoming increasingly hard for her to take in air and, soon, though no-one really knows when (although her acute attacks of pain kept in check by a little oxygen concentrator certainly don’t bode well…), she will stop breathing altogether.

It’s into this totally, unapologetically melodramatic situation that we’re plunged by the French-Iranian filmmaker born in Germany, who’s more than familiar with sombre worlds (exploring post-natal depression in The Stranger in Me [+see also:
film review
trailer
film profile], and shooting Romy Schneider on the verge of a breakdown one year before her death in 3 Days in Quiberon [+see also:
film review
trailer
interview: Emily Atef
film profile]), but whose latest opus is even more devastating for the fact that Mathieu - the loving partner who supports the film’s heroine - is, by a cruel twist of fate, played by Gaspard Ulliel in his final role before his tragic death in January this year.

More often than not hidden away in her apartment, Hélène (Vicky Krieps) can feel her life and all pleasure slowly slipping away from her and feels a profound and paradoxical need for solitude and space, disarming Mathieu (Gaspard Ulliel) who is clinging onto the hope of a lung transplant, an arduous operation which hinges on them finding a compatible donor and her body not rejecting the new organ. In limbo and feeling aimless, Hélène goes online, looking for testimonies from people with similar experiences to hers, and it’s here that she comes across a blog by a certain Mister. Before they know it, they’re communicating in secret and Hélène decides (also secretly) to go to visit him in Saeno, Norway. It’s an insane train journey in Mathieu’s eyes, who has no choice but to accept it. Thus, we see our condemned soul travelling abroad for a surprising meet-up with Bent (Bjørn Floberg), a final hurrah which will change her perception of herself and the world, although Mathieu still has a thing or two to say.

Shifting the story to the sublime, mountain-studded landscape of the Saeno fjords proves to be an excellent idea on the part of the filmmaker, who takes advantage of these surrounds to soften the mortiferous mood hanging over the situation, but also to open up a new field of thought about the philosophy of choosing between life and death, all unfolding in a very down-to-earth and life-like daily context. Deftly exploring the process of acceptance whereby suffering becomes part of a wider well-being - even when the truth is unbearably painful - Emily Atef signs her name to a film that’s undoubtedly moving but which also says exactly what needs to be said.

More Than Ever is produced by Eaux Vives Productions together with Niko Film, Samsa Film and Mer Film, in co-production with Jour2Fête, Bjoca and Ramona Productions. The movie is sold by The Match Factory.

more about: More than Ever

CANNES 2022: Emily Atef delivers a wonderful melodrama about the approach of death, whisking us from Bordeaux to Norway in the wake of the charismatic Vicky Krieps and the much-missed Gaspard Ulliel

The prize, which will be presented during the European Film Awards, is going to the founder of Norwegian production company Mer Film

15 Jahre, the sequel to Four Minutes, will soon see the light of day

Vicky Krieps, Gaspard Ulliel and Bjørn Floberg star in this movie produced by Eaux Vives in league with Niko Film, Samsa Film, Mer Film and Jour2Fête, and sold by The Match Factory

On this occasion, the country’s film agency will back 21 new audiovisual projects and invest over €11 million

Devoted to projects in the final phase of development and funding, the 7th Venice Production Bridge Market will unspool between 4- 6 September with Steve McQueen and Pia Marais among the selection 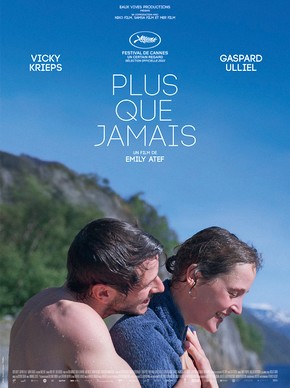 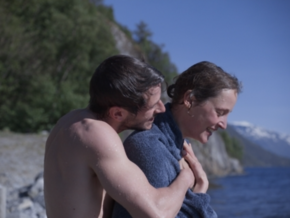 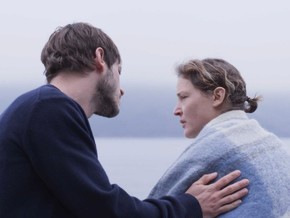 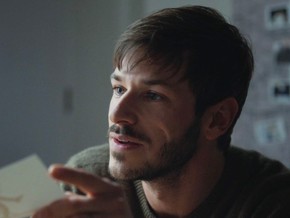