20/05/2022 - CANNES 2022: Director Marie Kreutzer and actress Vicky Krieps reunite for this alternative look at the life of Empress Elisabeth of Austria

“People don't like things that are ethereal,” opines Vicky Krieps' Elisabeth, aka Sissi, to an early inventor of cinema, explaining why celluloid film might not take off as a popular medium in late-19th-century Austria. It's one of several tongue-in-cheek moments in director Marie Kreutzer's decidedly ethereal Corsage [+see also:
trailer
interview: Marie Kreutzer
film profile], which has unspooled in Un Certain Regard at the Cannes Film Festival.

Ever since she seemed to come out of nowhere, starring opposite Daniel Day-Lewis in Paul Thomas Anderson's Phantom Thread, Krieps has been the go-to person whenever a director needs someone to play a mysterious muse prevented from blossoming by the men around her. But this time, the character she plays, Empress Elisabeth of Austria, has turned 40, and she's had enough of men, or anyone, telling her what to do. It's time to do things her own way and amuse herself, rather than the general population.

The title “Corsage” may well suggest that this film will be about a woman constrained in society, but Kreutzer also delights in showing how, also, the men of the era are similarly held hostage by the social etiquette of the time. The aristocracy has to act in a certain way, and her husband, Franz Joseph (Florian Teichtmeister), is feeling the weight of the world on his shoulders. The political situation in the country and across Europe is not good for those anointed at birth, but his wife having wrinkles and grey hairs is what's really going to make him the laughing stock of the population. So, he needs a younger woman to be seen with to show that he's still virile and strong. Sissi has had enough of him, and she even takes it upon herself to find him a mistress.

It's Austria in 1897, when women were fortunate to live into their fifth decade. And when they do, the men don't like it. The empress is bored of royal life, especially now that she is only there to perform ceremonial duties. Her conversations with her husband usually occur at the opposite ends of long tables. Kreutzer effectively uses distance and the size of the frame to express the nature of relationships throughout the piece. Even her children are raised by the help. Elisabeth decides to leave Vienna for a bit, heading first to Northumberland, England, and then Bavaria, where she meets old flames and friends. Her son does not like the rumours that his mother is having an affair. The echoes of the Lady Di story reverberate throughout this picture, in every beautiful frame and suggestive look.

It's all told with a modern sensibility, at odds with Romy Schneider's famous depiction of Sissi as a young, obedient monarch in three Sissi movies made for television between 1957 and 1959. Director Kreutzer emphasises the modern perspective through inventive music choices, first by putting modern songs on the score, and then using music specially created by Camille as a diegetic part of the action.

Some will say this is the secret royal love child of Pablo Larraín’s Spencer [+see also:
film review
trailer
film profile] and Sofia Coppola’s Marie Antoinette, but it’s better than them both. This precise, daring and intriguing picture is easily good enough to play in the competition. Kreutzer and Krieps have worked together before on We Used to Be Cool [+see also:
film review
trailer
film profile], about a young mother struggling with parenthood, and there are echoes of that film here. It will be the movie of choice for Cannes’ hipsters, and it’s hard to imagine that there’ll be better films about a loveless marriage and a woman’s struggle for independence this year.

Corsage is an Austrian-Luxembourgish-German-French co-production staged by Film AG, Samsa Film, Komplizen Film and Kazak Productions. Its international sales have been entrusted to mk2 films.

“Even in my serious films, I like to create some laughter”

"Luckily, I saw quite a lot of films that I'm not allowed to talk about!"

In the third episode of our new short video series from this year's Cannes Film Festival, Elena Lazic talks to journalist Kaleem Aftab

CANNES 2022: The film by Lise Akoka and Romane Guéret has come out on top, while other awards went to Joyland, Metronom, Corsage, Harka, Mediterranean Fever and Rodéo

CANNES 2022: Blanche Gardin is a force to be reckoned with in Céline Devaux's tale about a woman who didn’t want much in life – she just wanted to save the world

CANNES 2022: Director Marie Kreutzer and actress Vicky Krieps reunite for this alternative look at the life of Empress Elisabeth of Austria 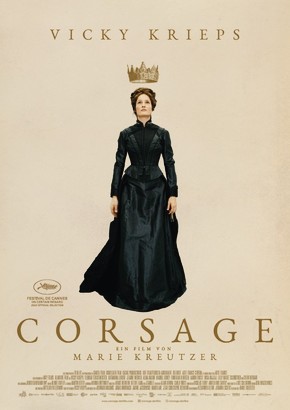 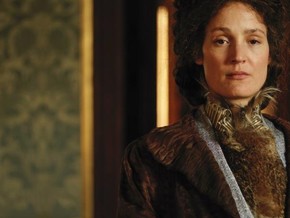 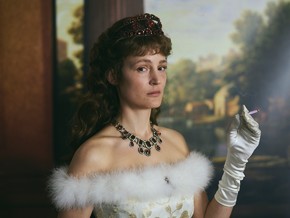