Original, personal and deeply felt, Alma Viva [+see also:
trailer
film profile] marks an impressive fiction debut for rising Portuguese filmmaker Cristèle Alves Meira. In a festival landscape saturated with sun-kissed coming-of-age features, this one deserves to stand out. Also notable in the film is a unique strain of magical realism, which Alves Meira views as a mere fact of life for the locale, and not a disruption of the natural order. It premiered on the first day of Cannes’ Critics’ Week, and it’s a work very much in character for what typically launches there.

In the wise words of Rihanna, Salomé (played by the director’s young daughter Lua Michel) is feeling like the only girl in the world. She lives in France with her mum, but is spending the long summer in her wider family’s original home of Trás-os-Montes, Portugal, where there are many sloping landscapes to play in, and odd local faces to gawk at, but not a single child or friend her own age – this also contributes to the film’s slightly left-of-real aura. The role of playmate is actually taken by Salomé’s beloved grandmother, Avó, a mysterious and complicated figure who is first glimpsed, through a translucent doorframe in Salomé’s case, in a trance-like mode, with a rosary clasped in her fingers, muttering blessings to departed souls in the beyond that surely aren’t featured in the traditional Catholic corpus. The title’s English translation as “living soul” finds its relevance here.

The story gathers pace when Avó is about to die, with suspicion falling that her neighbour Gracinda (Martha Quina), a local enemy of hers, had poisoned the fish that Salomé had picked up from her earlier that day – besides her community reputation as a sorceress or “witch”, she also had an affair with Gracinda’s husband. And a bit like the cavalry coming in, Salomé’s mother, Aïda (Jacqueline Corado), and ill-tempered uncle, Joaquim (Arthur Brigas), also make the trip from France to Portugal, to supervise Avó’s burial and tensely divvy up her estate.

Avó lives on through, or indeed literally possesses, her granddaughter after death, and in an array of imaginative sequences, we find Salomé acting out a kind of revenge on Gracinda, although her embarking on this of her own accord would be even more disturbing. One of her acts features the heart-churning slaughter of chickens on Gracinda’s farm, where the ensuing carnage looks horribly realistic.

Aspects of Alma Viva’s story can feel a bit arbitrary, and despite the atmospheric, sun-scorched cinematography by master DoP Rui Poças, who lends every shot an element of interest, it arguably doesn’t fully cohere as well as it could, and the emotional payoff is a bit muted. Yet the ever-present coffin of the family matriarch, and its dark portent for her surviving family, reminds authentically of Faulkner’s Southern Gothic classic As I Lay Dying, and like that author’s work, Alma Viva comes to feel like a tale told by a stranger who, by the time it has run its course, becomes a trusted friend.

“The role of festivals is to recreate a desire”

Bringing audiences back to the cinema, defending diversity through the discovery or rediscovery of films on the big screen: the director of the French festival shares her optimism

FEMA is set to present upwards of 200 films between 1 - 10 July, including 47 recent film crushes hailing from all over the world, and tributes to Joanna Hogg, Jonás Trueba and Alain Delon

Emmanuelle Nicot, Cristèle Alves Meira, Charlotte Wells, Mikko Myllylahti and Simon Rieth will battle it out for the Grand Prize, while Céline Devaux and Clément Cogitore will get special screenings

The project by France’s Camille Degeye, steered by Société Acéphale, has walked away with the Next Step Prize, awarded by Critics’ Week of the Cannes Film Festival 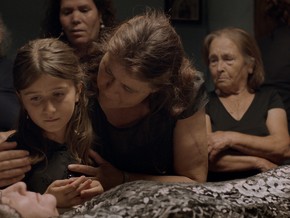 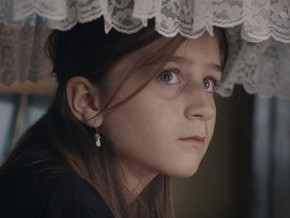