20/05/2022 - CANNES 2022: An expert in observing and distilling the micro-emotions which form the fabric of our lives, Mia Hansen-Løve paints a wonderful portrait of a woman facing a crossroads in her life

"You’ve got the right to love and be loved." Fifteen years after her first feature film All Is Forgiven [+see also:
film review
trailer
interview: David Thion
interview: Mia Hansen-Löve
film profile], Mia Hansen-Løve - now a highly accomplished filmmaker who has managed to retain the super-sensitive vein which has always characterised her work - has returned to the Directors’ Fortnight on the occasion of the 75th Cannes Film Festival, armed with her 8th movie, the brilliant One Fine Morning [+see also:
trailer
film profile]. A perfect combination of lightness and gravity, her work surreptitiously observes and analyses the emotional matter defining and redefining the day-to-day life, over several seasons, of Sandra (a perfect Léa Seydoux), who’s a Parisian translator as well as a mother, a daughter and a wife, three sides which are difficult to reconcile, because nothing is ever easy in life.

Central to the tale are the bridges which are sometimes difficult to build between beings who are nonetheless waiting for one another. In the case of her father Georg (an impressive Pascal Greggory), it’s the ruthless deterioration over time which Sandra is witnessing as a loving but powerless companion, which hampers them. Suffering from the neurodegenerative disease Benson’s syndrome for five years now, this former philosophy teacher sees his symptoms worsening to the point that the family have him hospitalised and envisage placing him in an elderly care home (he’s classified as risk level 1, the highest level in terms of lost independence). Soon, chatting with him becomes an emotional test of patience and a guessing game, faced with unpredictable fluctuations in his memory. And they also need to find him the best care establishment possible, which is by no means a walk in the park, between one transfer and the next. The situation sees Sandra choking back tears as much as possible and sorting through his books, his past and the objects belonging to a man whose mind is wandering...

And yet, at the same time, Sandra’s body and heart are experiencing a renaissance, after being on standby for several years. Little by little, her friendship with Clément (Melvil Poupaud) turns into love. But he’s married and the pleasures that come with being his mistress won’t last forever. This passing of time is also embodied by the ever-present Linn (Camille Leban Martins), Sandra’s eight-year-old daughter, and Sandra’s mother Françoise (Nicole Garcia), who has been separated from Georg for some time, also lives nearby. Because that’s also what life’s about: a heart-warming great-grandmother, a sister, a brother-in-law, a father-in-law, Christmases, walks in the park, cinema trips, exhibitions and games of Scrabble…

Playing ever so gently with the colours and patterns of the fabric of all our lives, Mia Hansen-Løve patiently weaves together a luminous film about our awareness of existing (just being here) in a place where love, in all its paradoxes ("maybe we can be for someone and against them at the same time"), acts as a connecting thread. At times incredibly moving, the film nonetheless retains focus on a level of modesty and restraint which doesn’t hide anything, but which says everything there is to say about time, the apex predator, and about the dregs of happiness - even the most unreasonable - that you have to grab onto in order to satisfy your soul.

One Fine Morning is produced by Les Films Pelléas in co-production with Arte France Cinéma, Dauphin Films and Germany’s Razor Film, while sales are in the hands of Les Films du Losange.

more about: One Fine Morning

FEMA is set to present upwards of 200 films between 1 - 10 July, including 47 recent film crushes hailing from all over the world, and tributes to Joanna Hogg, Jonás Trueba and Alain Delon

Virginie Efira and Melvil Poupaud stand out in the cast of this Rectangle-produced adaptation of Éric Reinhardt’s novel, embarked upon the director and Audrey Diwan

CANNES 2022: French director Mia Hansen-Løve’s movie has been deemed the best European film in the Directors’ Fortnight, while Thomas Salvador’s The Mountain has taken home the SACD Award

CANNES 2022: An expert in observing and distilling the micro-emotions which form the fabric of our lives, Mia Hansen-Løve paints a wonderful portrait of a woman facing a crossroads in her life

As well as One Fine Morning by Mia Hansen-Løve, the French sales agent also bets on Lola Quivoron, Lionel Baier and the duo of Verena Paravel and Lucien Castaing-Taylor 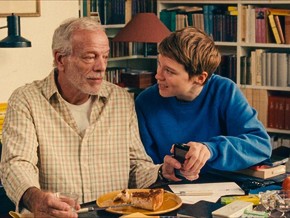 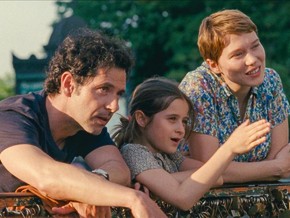