22/05/2022 - CANNES 2022: Charlotte Le Bon’s directorial debut is certainly not the coming-of-age film one might expect to watch

At first glance, Charlotte Le Bon’s directorial debut is something of a traditional coming-of-age drama. However, it will slowly lead viewers into territory rarely explored by the genre. The feature, titled Falcon Lake [+see also:
trailer
film profile], is one of the films taking part in the Directors’ Fortnight of this year’s Cannes Film Festival.

Based on the graphic novel A Sister by Bastien Vivès and penned by the helmer herself, the story revolves around taciturn 12-year-old Bastien (portrayed by Joseph Engel) and a cheeky girl called Chloé (Sara Montpetit), who is four years older. They are both spending their summer holidays with their families at a lakeside cabin, somewhere in Quebec. From the beginning, we find out that the lake is haunted by a ghostly legend, and the atmosphere seems a tad too gloomy for a youth film. The eerie score composed by Shida Shahabi and the grey sky lensed beautifully by Kristof Brandl seem to suggest something scary might happen at any time, prompting perhaps too many questions. There are also some symbols interspersed throughout which don’t bode well, such as Bastien’s sudden discovery of a dead deer on his way back home from a party.

Despite their age difference and Chloé’s last, heartbreaking relationship, the pair start forming a singular bond. In particular, viewers will witness the boy’s emotional turmoil, which is that of a typical lad his age. Bastien is ready to discover the other sex and his place in the world. The adults are rarely seen on screen, usually acting in the background – a choice which probably shows how parents are unable to understand their children’s concerns.

In this sense, Falcon Lake reflects many of the tropes that one can find in other films of the genre. Two-thirds of the movie certainly don’t dazzle in terms of their originality – we see the two getting closer and closer, having fun, partying, getting drunk, smoking and doing the things children their age do (as well as far too many sudden screams, prompted by pranks and general excitement). The last part, however, gradually brings the story to a sort of “otherworldly” level, and this somehow explains why the whole narrative has been given this type of saddening, almost depressing aura.

Without delving into too much detail so as not to spoil the ending, some viewers may find one of the character’s final choices overly dramatic but also not so surprising, as it comes after over an hour of diegetic and extra-diegetic elements evoking it, with varying degrees of subtlety. It is a choice designed to split the audience, who may appreciate or simply be exhausted by the presence of this looming “threat” throughout.

Overall, Engel and Montpetit do a fair job of playing their roles – one is a credible teen lacking confidence and doomed by his wish to belong and be recognised; the other is a girl who can’t wait to grow up but who follows the herd, no matter what.

Falcon Lake is a French-Canadian co-production by Cinéfrance Studio, Metafilms and Onzecinq, in collaboration with Ley Line Entertainment, Les Productions du Ch’Timi, Radio Canada and Super Écran, and in association with Cofinova and Cinémage. Memento International is in charge of its world sales.

CANNES 2022: Charlotte Le Bon’s directorial debut is certainly not the coming-of-age film one might expect to watch 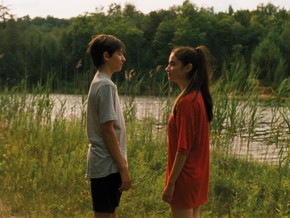 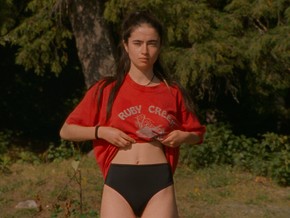 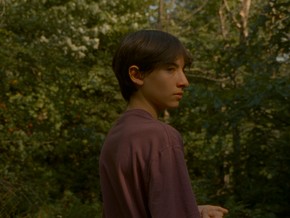 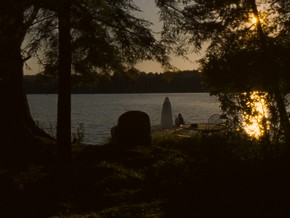