A big element of Quentin Dupieux’s reputation comes from his, well, reputation at elite film festivals. Even if you weren’t familiar with his backstory (Mr Oizo, Flat Eric, the killer tyre movie et al), the appeal, while leafing through a voluminous catalogue of heavy and serious films, is obvious. Short – 80 minutes is bloat for him. Weird-looking, but not too infantile or zany – prepare to see an array of animals, robots, and people behaving like animals and robots. It recalls the line from Jackie Brown, about bail bondsman Max Cherry’s movie preferences: “Anything that starts soon, and looks good.”

There’s a feeling with Smoking Causes Coughing [+see also:
trailer
film profile], which has premiered as one of Cannes’ Midnight Screenings, that this time around, he’s made a summative, conciliatory and self-referential work, a bit like some auteurs do once they’ve had a nice little run of success, and are easing into a mature stage of their career. All in 80 minutes – which is Sátántangó-length for him – Smoking Causes Coughing brings together a surrealist, high-concept premise, but also leavens it with an anthology structure, where other tales, unrelated to the main storyline, ease in and out. That sounds more intriguing than it actually is, as the result is a bit deflating, and far from the strike rate of Deerskin [+see also:
film review
trailer
interview: Quentin Dupieux
film profile] or Mandibles [+see also:
film review
trailer
interview: Quentin Dupieux
film profile], which won many (including this critic) over to his cause.

This time, we’re dealing with the vaguely defined Tobacco Force, whose set-up includes some contradictions that are either intentional or a bit carelessly conceived. Five hot, young or just iconic French stars play a band of superheroes, or special forces agents, or... it’s not clear, really. They wear figure-hugging, bright-blue spandex, with orange piping. And even though they seem to exist as an influence against smoking, particularly on young people, their duties include defeating monsters using the power of cigarettes’ general ingredients. They are named after these: Anaïs Demoustier is Nicotine, Gilles Lellouche is Benzine, and then Vincent Lacoste, written to be the dumbest member of the team, is Menthol. And close to 1990s phenomenon the Power Rangers, they shoot their namesakes out of their white-gloved hands, at Star Trek-like rubber-suited bipedal monsters.

Amidst waiting lackadaisically around for a final battle with a lizard-human hybrid called Lezardin (Benoît Poelvoorde), they and – in one of the most amusing touches – one-scene, random characters, like a small child and a fish sizzling on a stove pan, start to tell Twilight Zone-type weird tales of masked murder and Fargo-esque woodchipper body horror, which increase the interest level a little. These also star recognisable French names like Adèle Exarchopoulos and Blanche Gardin, whose performances make you hope Dupieux can write them expanded roles in his films to come.

If this isn’t his most inspired work – and as was the case with his earlier films, it sometimes feels like a very effective prank against audience expectations – it’s easy to be grateful that this feature merely exists, and raises a good, unpretentious smile and chuckle, which Cannes’ selections aren’t famous for. And there’s hope that other filmmakers can follow his lead of DIY skill, and high concepts that tickle the brain and come from an eclectic range of influences (here, he seems pretty enamoured with mid-century retrofuturist design). When people have been as good as he is, they start becoming primary influences for the next generation. So what are you waiting for, filmmakers?

Smoking Causes Coughing is a French production staged by Chi-Fou-Mi Productions and Gaumont, with the latter also taking charge of its international sales.

The 40th edition of the Italian event will unspool between 25 November and 3 December, boasting a total of 173 films, 81 world premieres, various new sections and masterclasses

The festival kicks off its 55th edition on 6th October, with a host of national and international genre films, including the latest from Jaume Balagueró and Carlos Vermut

Karlovy Vary unveils the complete line-up for its 56th edition

Michel Gondry begins principal photography on The Book of Solutions

Having been absent from screens since 2015, the director is back with a film being produced by Partizan Films, sold by Kinology, and toplined by Pierre Niney and Blanche Gardin

Benoît Poelvoorde, Daphné Patakia and Agnès Jaoui are in the cast of this Elzévir Films production set to be sold by Pyramide 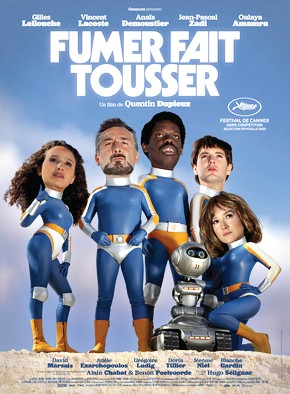 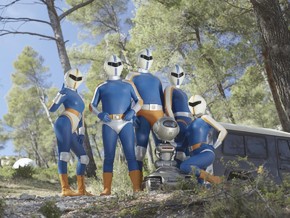 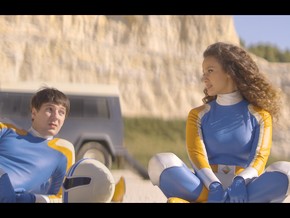 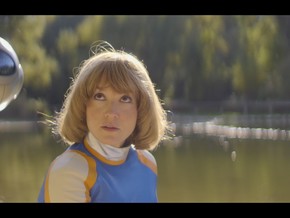 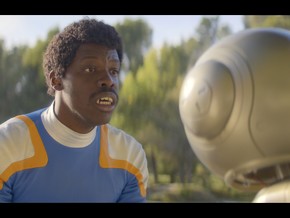 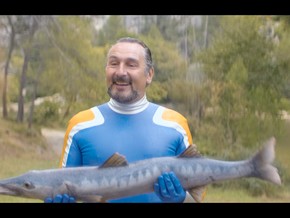 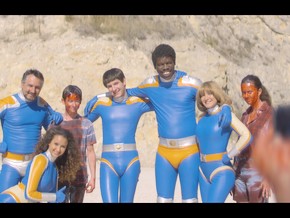