Icelandic director Guðmundur Arnar Guðmundsson made his debut in 2016 within the Venice Film Festival’s Giornate degli Autori, courtesy of his first feature film Heartstone [+see also:
film review
trailer
interview: Guðmundur Arnar Guðmundsson
film profile], which painted a harsh yet lifelike portrait of two teens grappling with the cruel transition to adulthood and was subsequently awarded that year’s Queer Lion. His second movie Beautiful Beings [+see also:
trailer
film profile] – which scooped the Europa Cinemas Label within the Berlinale’s Panorama line-up in February, and has just won a trophy at the 18th Biografilm Festival, courtesy of the Italian film critics – widens its focus to four protagonists, and the director also seems to have raised the bar in terms of cruelty by immersing his characters, who are barely fourteen years old, in a violent context awash with brawls, domestic violence, mothers at breaking point and absent fathers, though it does still offer tiny glimmers of hope through the redeeming power of friendship, brotherhood and small, empathic gestures.

In fact, it’s empathy which drives Addi (Birgir Dagur Bjarkason), a teen who’s grown up with a psychic mother, to welcome misfit Balli (Áskell Einar Pálmason) into the group, a bullying victim whose story made it into the news after he was ferociously assaulted by his peers against a backdrop of an alarming escalation in youth violence in Iceland. The most violent of them all is Konni (Viktor Benóný Benediktsson), Addi’s close friend who’s nicknamed The Animal, who’ll hit anyone who crosses his path and who’s the leader of this gang, which also includes the more docile member Siggi (Snorri Rafn Frímannsson). The three friends start spending time at Balli’s house; he lives in filth, often on his own – his stepfather (Ólafur Darri Ólafsson) is in prison and his mother (Ísgerður Elfa Gunnarsdóttir) mysteriously disappears for days at a time – and with an empty fridge. They make jokes about Balli and prey on him, but they also help him when it comes to cleaning his house, taking a bath, going outside and getting to know a girl.

However, being part of this gang also means placing yourself in danger. On several occasions, we’re party to explosions of blind violence, fights which see helmets smashed into people’s faces, and savage blows, all of which Balli witnesses, shaking with fear, alongside extreme games, suffocation, trips on magic mushrooms and sexual abuse. The decision on the part of the director (who also wrote the screenplay) to incorporate a fantastical, dreamlike element into such brutal content is a curious one. He might not want to admit it, but Addi has inherited a gift from his loving mother (Anita Briem): he sees things which others cannot. And it’s thanks to this hidden gift – a sixth sense which manifests itself in the film by way of modest special effects which are marginally at odds with the realism of the rest of the film – that a truth which no-one wants to confess will be brought to light, leading the four friends down the road of no return.

A story about growing up, friendship and survival, but also a portrait of overwhelming moral decay and neglect, Beautiful Beings confirms 40-year-old Guðmundur Arnar Guðmundsson’s talent as a sharp and sensitive director with a knack for conveying strong emotions through tiny brushstrokes, much like the great affection hiding behind these four bullish protagonists’ small gestures, without ever sliding into superfluous cruelty.

All of the other awards at this year’s edition went to European productions, such as Beautiful Beings, Feature Film About Life and The Night Belongs to Lovers

I Never Went Back bags Best Italian Film, while Divas, Beautiful Beings and Red Sky At Night also walk away with trophies 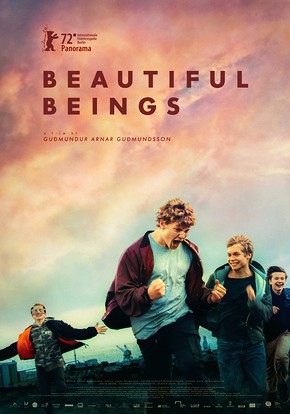 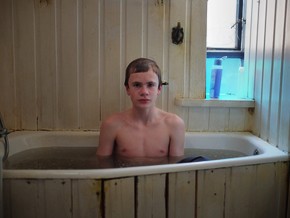 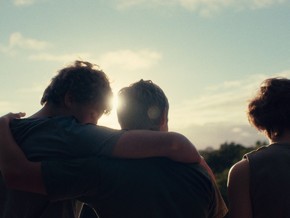