Having made her name with her powerful and multiple-award-winning debut feature film Filthy [+see also:
film review
trailer
interview: Tereza Nvotová
film profile] (2017), which was presented in major international festivals including Rotterdam and Karlovy Vary and which depicts the trauma experienced by a rape victim, Tereza Nvotová is back investigating the female world and the stereotypes shaping and suffocating it. Behind its genre-film facade composed of supernatural features and ultra-realistic violent acts, Nightsiren [+see also:
trailer
interview: Tereza Nvotová
film profile], presented in the Locarno Film Festival’s Cineasti del Presente competition, hides a ferocious critique of a society strangled by misogyny, a society which trivialises and fuels intolerable aggressiveness.

Even though, at times, we wonder what on earth the film’s two protagonists - two young, dynamic and educated women - are doing in a remote village in the Slovakian mountains, where patriarchal beliefs and rites endure, the supernatural stratum which dominates the film from its opening images makes their presence credible as well as necessary. What Tereza Nvotová is actually depicting here is the merciless battle between two different mindsets: one intimately linked to beliefs designed to strengthen a patriarchal power which is both intransigent and reassuring, the other determined to deconstruct these same beliefs in order to reveal their absurdity. Demonised since time immemorial, women’s understanding of nature, of the properties of plants and of the stars’ influence on our psyches, which they have passed down from generation to generation, are re-examined from a different point of view in the film: not as “second rate” knowledge but rather as a gift to preserve and value to the same degree as the “official” science which is so closely guarded by male hegemony.

The story told in Nightsiren (whose screenplay was penned by the director alongside Barbara Námerová) is that of Šarlota (played by Natália Germáni), a nurse of thirty years who returns to the village of her birth nestled in the Slovakian mountains in order to claim her inheritance following her mother’s death. She has been “forced” to return to this hostile place, amongst people who’d thought her dead for years. Triggering a latent violence which hovers silently and ominously over the mountains, Šarlota gradually takes back control of her life with the support of a mysterious, young herbalist called Mira (Eva Mores), who helps her to reassemble the pieces of an existence snapped in two.

As the daughter of a woman considered to be a witch because of her in-depth knowledge of nature and her determination to live life by her own rules, Šarlota is treated with suspicion, and this diffidence is amplified by the mysterious death of her sister who fell into a ravine when they were children and while Šarlota was running after her as they both tried to escape their mother’s fury. A friend, an accomplice and a confidante, Mira seems to know Šarlota more than Šarlota knows herself. What is the source of this empathy and this incredibly natural symbiosis? When Mira finally tells her about an old “witch” and a child who lived with her, absorbing these ancient rituals, the images locked away in Šarlota’s memory seem to come to life.

Halfway between a genre film and an uncompromising account of violence handed down from father to son like an incurable virus, Nightsiren demonstrates how important it is to be able to live our lives freely, outside of social conventions. Through their stripped back and accurate performances - almost clinically so - the film’s protagonists become spokespersons for the absurdity of preconceptions about women, which still endure today, albeit more subtly. Like some sort of rape and revenge story of an ancient kind, Šarlota and Mira rebel, embodying a cathartic counter-power. All the usual witch film tropes abound, but the director nevertheless manages to forge a realistic link between the past and the present, creating a dialogue on gender and on coherent and clear-sighted freedom.

A year in Czech cinema to be condensed into a single, annual showcase at Finále Plzeň

The 35th edition of the gathering will reflect the national films that were created during the COVID-19 pandemic, also venturing beyond domestic borders

Beware, as the new edition of the forum promises family horror stories and brand-new takes on the witch genre 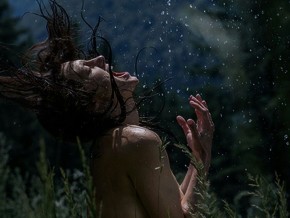 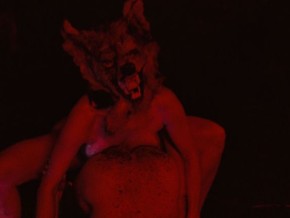 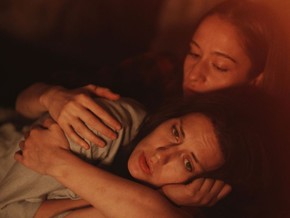 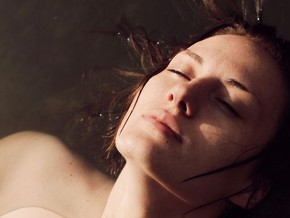 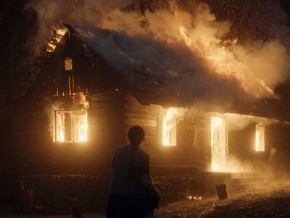 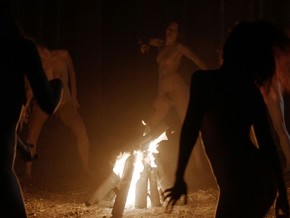 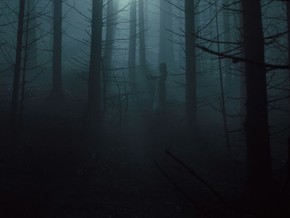