16/08/2022 - Brazilian artist and director Ana Vaz encourages us to take an interest in the animal world that inhabits our cities, in the often difficult cohabitation between living species

Dominated by an intriguing night effect and shot on 16 mm, Brazilian artist and director Ana Vaz's first feature film unleashes something very special that combines the suspense typical of horror films, the rugged radicalism of westerns and the visual poetry of a contemporary art installation. A sort of urban and ecological fable reminiscent of Edgar Allan Poe’s universe, It Is Night in America [+see also:
trailer
film profile], presented in the Cineasti del presente competition of the Locarno Film Festival and also the recipient of a special mention for the new Pardo Verde WWF (read the news), plays with the darkness where animal species struggling for survival take refuge. Far from the city chaos that swallows up everything, the director masterfully films auroras and twilights, carefully avoiding venturing into the bright light.

The play of shadows that dominates every frame of It Is Night in America reveals a universe that is often unknown to us, that of the animals that inhabit the few green spaces left in our cities and which all too often end up in trouble: run over by cars, trapped in private gardens, domesticated by an urban space that makes them suffer. Without ever resorting to a studied mise-en-scene, the camera exploits its potential to the full: zooms that get close to the film's curious and estranged protagonists, panoramic and sequence shots to "spy" on what the city bustle conceals.

In a constant back-and-forth between close-ups of the animal species – anteaters, boa constrictors, owls, chrysocions and capybaras that the Brazilian metropolis (Brasilia) is devouring – and panoramic shots of a city whose inhabitants look like so many tiny ants, Ana Vaz composes a political eco-symphony: special mention for Chico Bororo's powerful soundtrack and the sound design by Ana Vaz, Nuno da Luz and Erwan Kerzanet. Invisible citizens of cities that ignore them, the film's protagonists regain their dignity thanks to the director's benevolent gaze. The close-ups on the animals, who often look at the camera whose existence they ignore, make us wonder who is spying on whom, reversing the established roles by giving the animals the role of observers and us that of observed subjects.

As emphasised by the director and artist, the aim of her works is to “constantly redefine one's perspective, reconsider one's place, reconfigure one's relationship with what surrounds us, with the other who lives inside us, with our animality, with another temporality, other races and all the ‘others’ who live inside us” – a deviation from the norm that becomes the leitmotif of his film.

It Is Night in America is structured like a musical partition. Starting with an impactful overture: a dizzying circular tracking shot over a city with twilight tones, the camera focuses on the animals living in the urban darkness. The two realities seem to live independently. The film goes on to investigate the animal world it observes until it reveals its smallest details. It is then the turn of the humans, filmed this time from afar, from above, as mundane presences. It is only in a third moment that these two worlds meet: a group of monkeys dangerously crosses the road, rescuers communicate by radio, an otter struggles in a zoo. Finally, the film ends with a real contact between humans and animals represented by the intervention of a veterinarian and a rescuer caring for capybaras. Everyone wonders if these animals will ever be able to return to their natural, wild state. The majestic waterfall at the end of the film seems to suggest the need to break with the usual anthropocentrism by embracing a healthy encounter and dialogue between humans, animals and plants.

It Is Night in America was produced by the Fondazione In Between Art Film (Italy) together with French outfit Spectre Production and Brazilian company Pivô.

more about: It Is Night in America

Brazilian artist and director Ana Vaz encourages us to take an interest in the animal world that inhabits our cities, in the often difficult cohabitation between living species 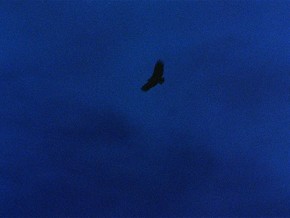 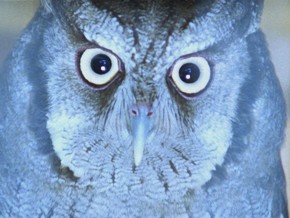 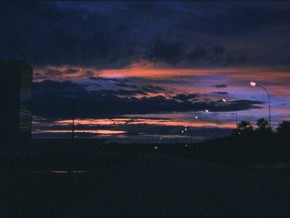 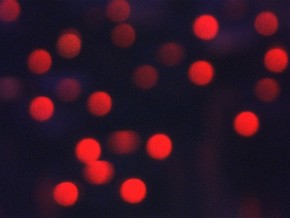 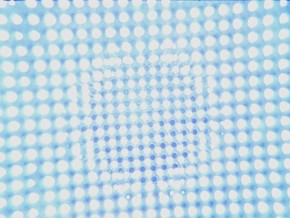