Michele Vannucci’s Delta [+see also:
trailer
film profile], which premiered in the Piazza Grande section of the Locarno Film Festival, could be, and maybe should be, a long-running TV series. This is not a complaint exactly, but the universe created here would welcome a larger scope, a chance to deliver a proper Italian noir set in the Po delta. Then again, “enough of Italy and Ferraris,” says someone here. This is a different world that even the sun has forgotten.

Although the characters are mostly sketched out, Delta remains a well-executed movie, making the most out of its weird foggy setting, which people still love and are willing to fight for, although it’s hard to say why – the delta feels dead already, grey and abandoned, coming to life only in memories or old recordings. It used to be full of laughter and joy, apparently, and families living the kind of life that they chose. Then again, memories lie to us, too, and the fog was probably there from the start.

With the area past its prime, conflicts are eating up the small community. There are new rules set up to protect it but they are bad for business, there is a constant risk of industrial waste destroying whatever is left, and poachers with electric stunners. In a way, there is something about this story that recalls Carla Simón’s Golden Bear winner Alcarràs [+see also:
film review
trailer
interview: Carla Simón
interview: Giovanni Pompili
film profile] – once again, entire families need to give up their old ways, even though they really don’t want to. But this time, they will also be faced with violence, fire and faces reeking of hate.

Vannucci starts with a social observation of sorts but he doesn’t care for slow cinema one bit, moving instead onto genre territory as soon as he can. Things escalate and a universal “us” versus “them” tale soon turns into a duel between Elia (Alessandro Borghi) and Osso (Luigi Lo Cascio). From then on, Delta feels like an especially wet western, with two men who become so obsessed with a fight the start of which they would probably struggle to remember. Ironically enough, it was pouring rain during Delta’s premiere screening, which is probably how this film should always be shown.

The film veers towards the male weepie and the fact that female characters are certainly under-fleshed doesn’t help – all they do is provide excuses for the madness to continue and comment on each other’s eyeliner. That being said, Borghi – who already made a strong impression this year in the Cannes title The Eight Mountains [+see also:
film review
trailer
interview: Felix van Groeningen & Char…
film profile] – is just fantastic: a bear of a man in fingerless gloves, trying to protect the family that embraced him but realising he is still on his own. When faced with sudden tenderness, he breaks down. Lo Cascio’s path is even darker as he goes from the protector of the river, with one song constantly playing inside his head, to someone who just seems jealous, who needs to win, just this once. “Why do you always have to suffer?” asks him his sister. But everyone else is suffering, too, in the Po delta.

Delta was produced by Groenlandia, Kino Produzioni and RAI Cinema. Sales are handled by True Colours and the film will be distributed in Switzerland by Xenix Filmdistribution.

VENICE 2021: Shot in a run-down and toxic version of Taranto, Alessandro Celli’s debut is a dystopic but fun film which light-heartedly reflects upon the present while warning us about the future

Luigi Lo Cascio also stars in this Groenlandia and Kino production, the second film offered up by the director of I Was A Dreamer 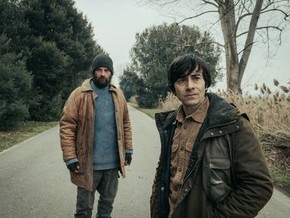 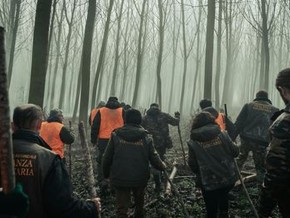 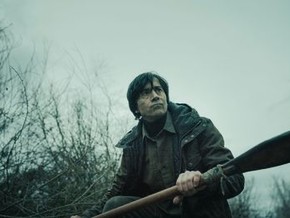 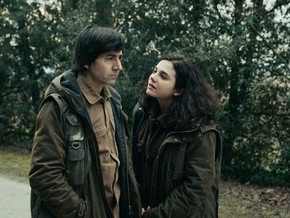 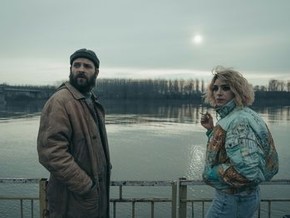 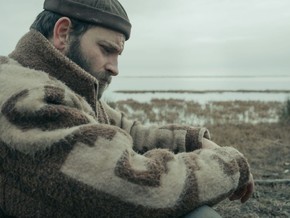