He would be surprised if she could deduce the cinematic inspiration for his latest feature film, Vera is told by a snobbish director during an audition. In his eyes, her face has seen the scalpel a few too many times, and her bleached blond hair, eccentric designer clothes and striking cowboy hat do not necessarily give the impression of a person well versed in the arts or cinema.

That is, until Vera reveals who this face actually belongs to: Vera Gemma, the daughter of Italian actor Giuliano Gemma, who became famous internationally for his roles in Spaghetti Westerns. Suddenly, the director is no more, and an excited fanboy has taken his place, asking for a selfie in order to cherish this special encounter. There are plenty of such scenes in Tizza Covi and Rainer Frimmel’s Vera [+see also:
trailer
interview: Tizza Covi, Rainer Frimmel
film profile], which has had its world premiere in the Orizzonti section of the 79th Venice International Film Festival.

Being the offspring of a famous artist opens doors. But it also closes just as many, as Vera explains to her friend and lover, director Gennaro (Gennaro Lillio). He is, just like everybody else in Rome’s glitzy film business, using her purely for her name, her connections and her money. Vera, imbued with a need to give and help, keeps providing. These opportunities that others would have killed for seem, instead, to hinder her. The glitzy life of a celebrity in the Eternal City is constantly juxtaposed with its pitfalls and the vulture-like nature of its inhabitants.

She lacks a connection to Gennaro and is growing tired of combating her loneliness by trying to forge relationships with random people like her cab driver, but the opportunity for her to do something meaningful arises when her driver Walter (Walter Saabel) hits a young boy, Manuel (Sebastian Dascalu), with his car. Manuel’s father, Daniel (Daniel de Palma), is at first enraged, but is willing to accept the insurance money and Vera’s offer to spend time with his son. Here, two worlds collide: Vera, with her high-society status, and Daniel, who lives with his son and mother, with overdue rent and no running water.

But Covi and Frimmel are not telling a star-crossed love story. After all, Vera’s eccentric looks and impressive pedigree won’t allow her to truly connect with anyone who doesn’t have ulterior motives. All of the men in her life so far have taken an exploitative interest in her. And there is little reason to believe that these new acquaintances will differ further down the road.

There is no clear way of knowing what is real and what is fiction in Covi and Frimmel’s feature. The film keeps asking viewers to make choices, its footage ranging from well-established tropes of moviemaking and writing to more subtle, grey-zone narratives, or to occurrences that are too out there to ever plausibly be based on true events. At times, it evokes a sense of reality TV, blending stiff, elevated drama and an organic setting.

The film’s strongest moments stem from its exploration of the dark side of being a child of nepotism: the cruel beauty standards within Vera’s family, which she and her sister Giuli (Giuli Gemma) could never live up to, especially compared to the “perfect” physique of her father. We see the crumbling of a lavish lifestyle, with a well-located parking spot in the city being one of the last possessions she can hang on to. But most importantly, there’s the idea of being reduced to one’s parent in personality only.

Together with another celebrity daughter, Asia Argento, she visits the Roman cemetery, where Johann Wolfgang Goethe’s son August rests. But nobody would ever know who he was or “what his dreams were”, as the two proclaim. After all, the grave only refers to “Goethe, the son”. Vera wants more for herself, to be a person in her own right. However, as the film insightfully shows, the world most likely won’t ever let her.

Vera was produced by Austria’s Vento Film. Be for Films is in charge of its international sales.

VENICE 2022: With their new movie, the Austrian-Italian duo of filmmakers have created a semi-autobiographical vehicle for Italian actress Vera Gemma

From today until 1 November, the programme will include several award winners from Europe, and specifically Austria, as well as recent discoveries 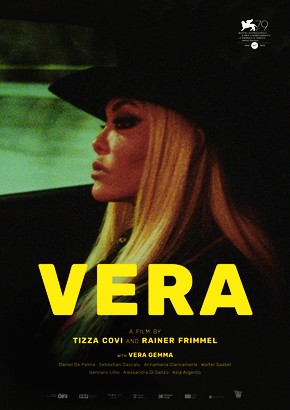 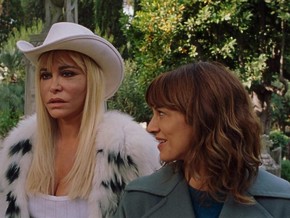