06/09/2022 - VENICE 2022: In this first feature, based on true events, David Wagner explores the secret homosexuality and coming out of an Austrian drill sergeant

“You’re already a case for Eismayer,” the administrative sergeant says with a sneer to Mario Falak (Luka Dimić) after he makes a snide remark while registering for his military service in one of the Austrian army’s barracks. Based on a true story, director David Wagner’s feature debut, Eismayer [+see also:
trailer
interview: David Wagner
film profile], which has had its world premiere in the International Film Critics' Week at the 79th Venice International Film Festival, tells the tale of Charles Eismayer (Gerhard Liebmann), the most feared drill sergeant in all of Austria. A legendary breaker of spirits and shaper of soldiers. But Eismayer has a secret, and Mario is the one to help him unveil it.

Horror stories are exchanged as the troops start gearing up for their six-month tenure, training in one of the most elite and brutal divisions of the Austrian military, the 4th Guard. But behind closed doors, there are cracks starting to appear in Eismayer’s scary façade. His superior, Captain Karnaval (Christopher Schärf), sees Eismayer as one of a dying breed, a dinosaur of brutality that is keeping young recruits from signing up. At the same time, some habits seem to die hard. His colleague Striegl (Anton Noori) is the living embodiment of the homophobia, sexism and racism that the institution is still riddled with. “Faggots have no business in the military,” he exclaims; “that’s like putting paedophiles in a kindergarten.”

Wagner does not shy away from showing these tendencies within the military, unflinchingly letting his characters call each other “faggot” or “Tschusch”, a derogatory term for people from the former Yugoslavia, but he refrains from imparting too overt a lesson or making obvious meta-comments here. Some viewers might mourn the lack of this aspect, but narratively, it keeps the film within the scope it has set out for itself – telling the story of these two men and the overcoming of hardships, as well as homing in on the importance and value of camaraderie.

These initial bonds begin to form as Mario repeatedly challenges Eismayer’s authority, but he also gains his respect as he wants to be the best at every task, from physical exercises to assembling weapons. Liebmann excels during these moments, breathing life into a very raw, often brutal, drill sergeant who nevertheless never truly loses his humanity at these points, showing care for his cadets and their well-being. As Mario panics while zip-lining across a canyon, he shows compassion and offers emotional support. When both fall into the icy water below, he turns out to be the hero who saves his fellow soldier – the first step of many that push these two further into each other’s orbits.

Dimić has just as much fun with Mario, crafting him as a dynamic whirlwind who never truly crumbles, but has yet to learn some humility. It is almost a shame that the equally excellent Julia Koschitz, as Eismayer’s wife Christina, is given so little to do. The disintegration of Eismayer’s heterosexual “cover” life is cast aside a little too quickly and without any friction. The most rewarding moments in these scenes are when he confesses to his sexual preference and has a sweet heart-to-heart with his son Dominik (Lion Tazber), who helps put him on a path towards self-acceptance.

Wagner understands how to pair these more emotional moments with some light humour, and delivers an impressively compact and focused debut that promises more to come, even though his choice of a happy ending evokes too many romantic comedy tropes. But the message shines through: love is love, and as Mario remarks, there might, after all, be “room for two faggots in the military”.

Eismayer was produced by Austria’s Golden Girls Film, in co-operation with ORF Film/Fernseh-Abkommen and ZDF, and in association with ARTE.

“There are many actors who have a similar background to their character, and I think it's a shame not to use that”

VENICE 2022: We spoke to the Austrian director about his big-screen adaptation of a love story that unfolds within the Austrian army

VENICE 2022: This year's two other great winners are Anhell69 by Theo Montoya and Margins by Niccolò Falsetti, the only Italian title in competition

VENICE 2022: In this first feature, based on true events, David Wagner explores the secret homosexuality and coming out of an Austrian drill sergeant

The rankings are confirmed and revealed for the most sought-after projects and films among professionals at the Work in Progress event, the Co-Production Village and the Talent Village 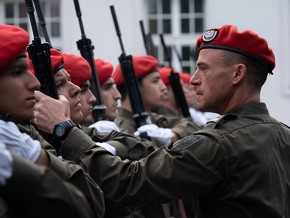 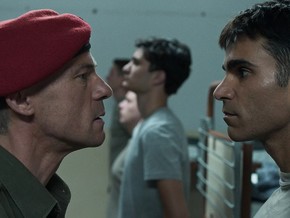 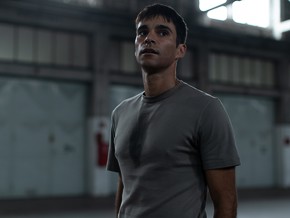 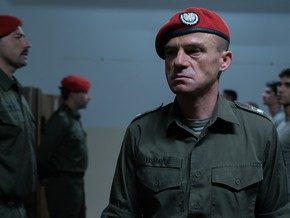 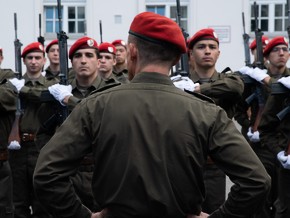 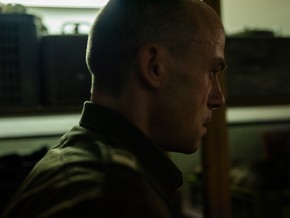