Review: Stories Not to Be Told

15/09/2022 - Even the dogs give outstanding performances in this new, entertaining and irregular snapshot -or snapshots- into human ridiculousness, which Cesc Gay throws in our faces once again

The legendary Cecil B. DeMille said that a film should begin with an earthquake and continue to rise in emotion and intensity until the very end. Cesc Gay applies this to his new film, Stories Not to Be Told [+see also:
trailer
interview: Cesc Gay
film profile]. An urban and choral comedy made up of five independent pieces, he starts with the most powerful one, which promises an hour and a half of wit and comedy, but this desire is not fully fulfilled because after the initial seismic wave of laughter there is not an equally funny and original tsunami.

Presented in the Special Presentations section of the Toronto Film Festival, before being screened at the RTVE gala at the 70th San Sebastian International Film Festival (where his previous feature, The People Upstairs [+see also:
film review
trailer
interview: Cesc Gay
film profile], was also screened in 2020), Stories Not to Be Told (a title that pays homage to the TV series Historias para no dormir by the great Chicho Ibáñez Serrador) offers viewers one of the most select casts in Spanish cinema, with names such as Antonio de la Torre, Maribel Verdú and José Coronado, among many others.

Coronado stars in the weakest episode of a film that is enjoyed as lightly as browsing through a home interior magazine (the houses, cafés and supermarkets where the scenes take place are cute to say the least). De la Torre - along with a marvellous María León and an Álex Brendemühl who you'd take to a desert island - and the Chino Darín - Anna Castillo duo bring out the biggest smiles in the two pieces that open the film, the first of which is pure situation comedy, with a surprising Javier Rey who seems to have studied up on Cary Grant's filmography.

But, apart from this uneven interest throughout the film, Stories Not to Be Told is a film with the Cesc Gay stamp that is extremely proud to bear it. With witty and recognisable dialogue, it once again pokes the scalpel through the cracks of the human personality and its nooks and crannies, especially when it comes to relationships of love, friendship and... professional rivalry.

Because the miseries that are part and parcel of every human being are portrayed by the filmmaker together with his usual co-writer (Tomás Aragay) in all the sketches of this film: an episodic structure already used by this artistic duo in A Gun in Each Hand [+see also:
trailer
film profile], ten years ago. Jealousy, lies, envy, manipulation, mistrust, prejudice, cowardice, invasion of people's privacy, ridicule and gossip are just some of the pearls that characterise this gallery of little deadly sins designed to make us laugh at ourselves.

Stories Not to Be Told is produced –like other Cesc Gay films– by Marta Esteban for Impossible Films and Nocontarfilm AIE, with the participation of RTVE, Movistar+ and Televisió de Catalunya. It will be released in Spanish cinemas on 25th November by Filmax.

more about: Stories Not to Be Told

Interview: Cesc Gay • Director of Stories Not to Be Told

“I felt as if I had this big orchestra of musicians, and I had to be the conductor”

In his new film, Jaime Rosales portrays the sentimental evolution of a young mother, played by Anna Castillo, in a film that is at times light-hearted and at others intense

Review: Stories Not to Be Told

Even the dogs give outstanding performances in this new, entertaining and irregular snapshot -or snapshots- into human ridiculousness, which Cesc Gay throws in our faces once again

39 world premieres, and various prime cuts from Cannes, Venice and Telluride have been announced for the September gathering

The Ministry of Culture has announced it will award a total of €40,000,000 in general production grants for features in development. Among the 35 projects set to benefit, 35% are directed by women 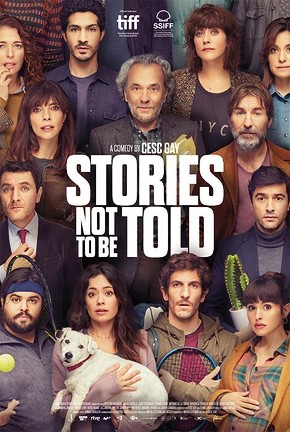 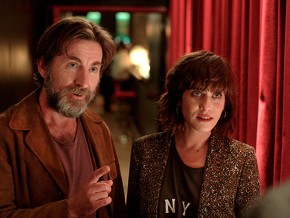 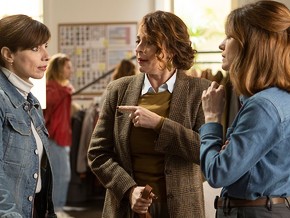