Juan Minujín in The Substitute

From the outset, it is clear that Lucio, our protagonist, is a man in crisis. We see him getting out of bed naked, looking out at the vast Buenos Aires from his window and having trouble moving his body towards the shower, getting himself ready for a new day with little motivation. Lucio is a writer who does not write, a recently separated man who copes with the frustration of the end of his relationship as best he can, and who strives to raise his daughter, trying to ensure that the drama of her parents' separation affects her as little as possible. Within this context, it is not surprising that he needs to find reasons to carry on with his life with renewed enthusiasm. He finds this new motivation at a high school in an impoverished neighbourhood where he starts teaching literature to a group of youngsters. We soon see that the situation at the school is far from idyllic, the students face a violent environment and seem to have little faith in the school to help them improve their precarious situation.

With a camera in constant motion, which zooms in on the characters so as not to lose any detail on their bodies and faces of the storms raging through them, the film soon plunges us into a grey and threatening world, illuminated only at times by the strength of the human beings who pass through it. And few flames burn as brightly as that of El Chileno, the nickname by which Lucio's father is known to everyone, a man who does not succumb to discouragement and who runs a community canteen in the same neighbourhood where his son teaches. We immediately see that nothing they do is easy, the chronic poverty that plagues the place is the perfect breeding ground for mafias that feed on scarcity, feeding a spiral of destruction from which it would seem impossible to escape.

The qualities of The Substitute are manifold. It is important to recognise its honesty and ability to portray a reality that is as harsh as it is real, without taking it to the extreme and avoiding alarmism. Central to this is the way in which all the characters are presented, the empathy and respect for all the human beings in the film transcends the screen. Through clever and uncontrived dialogue, performed to perfection by the entire cast, we are introduced to a high school afflicted by violence and serious problems. But there is also a real commitment to the community and a feeling of brotherhood among the youngsters, who often find in the classroom the understanding and trust they are denied outside.

The balance between the intimate portrayal of each of the characters and the overall description of a neighbourhood and a city is perfectly captured. The moments when the human drama requires a close and tender approach are seamlessly intertwined with adrenaline-driven sequences, with action scenes that are as thrilling as they are lacking in false drama.

Special mention should be made of the tremendous work of Juan Minujín as Lucio, who is supported by the always brilliant Alfredo Castro (who plays El Chileno) to give us a performance that is hard to forget.

more about: The Substitute

The co-production between Colombia and Europe, helmed by Laura Mora, has deservedly picked up the coveted Golden Shell at the Basque gathering

39 world premieres, and various prime cuts from Cannes, Venice and Telluride have been announced for the September gathering

€5,000,000 has been earmarked for winning projects of the 2020 call for submissions, which offers selective funding for co-produced or minority Italian films

The new projects by Asier Altuna, César Díaz, Pablo Giorgelli, Diego Lerman and Mariana Rondón are among those chosen to be presented to film professionals from 22 to 25 September 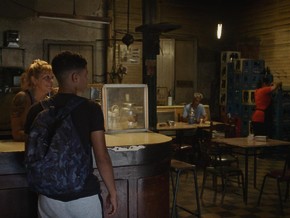 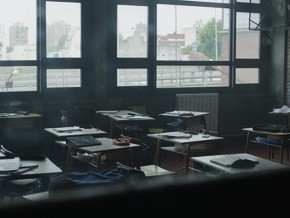 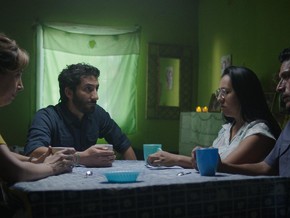 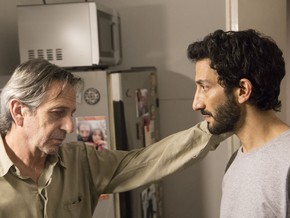 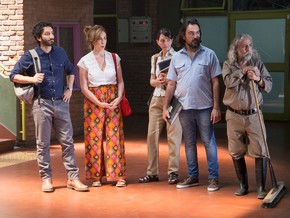 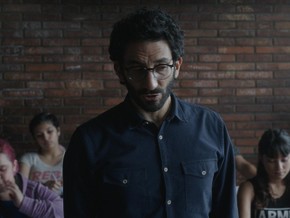