21/09/2022 - Pilar Palomero’s Schoolgirls have grown up, and in this overly long and not always successful blend of fiction and reality, they wrestle with the social issue of teenage pregnancies

If there really is such a thing as the dreaded second film syndrome, Pilar Palomero’s latest film La maternal [+see also:
trailer
interview: Pilar Palomero
film profile] - after the multiple-award-winning work Schoolgirls [+see also:
film review
trailer
interview: Pilar Palomero
film profile] - definitely suffers from it: some of the hopes resting on this film remain unfulfilled, mostly because of its excessive running time and lengthy story which should have been cut down in the editing phase.

As indicated by the title - and without giving anything away - this feature film which is in the running for the Golden Shell in the 70th San Sebastian Film Festival’s Official Selection, tackles the social issue of teenage pregnancies. The 14-year-old protagonist herself is too immature to take on such a responsibility, not to mention the change in lifestyle and routine that this entails. But she’s welcomed into a shelter where other girls are wrestling with the same problem.

In this sense, La maternal is a film which depicts a terrible reality. In order to achieve this, Palomero consulted with various girls who had found themselves in this situation personally and then positioned them in front of the cameras, awarding them a secondary part in the plot: but it’s this excessive faith in the veracity of these girls’ accounts which wrecks the film, its pace running aground in a couple of scenes where the girls speak in front of the camera about their maternal and sentimental experiences. These documentarian moments slow down a work of fiction which actually reaches great peaks of emotion when images are prioritised over dialogue. We’re thinking of the scene where the obviously pregnant protagonist wants to go to an amusement park – as the young girl she still is – for example, or the disapproving look a saleswoman throws her when she sees the girl’s swollen stomach: in these instances, the director flaunts her talent for the fresh and subtle brushstrokes which made Schoolgirls so successful two years ago.

Like Schoolgirls, the present film also opens and closes with two symbolic and meaningful scenes: the first sequence explores a factor which conditions the fragile sex life of young people today (what kind of sex education do they receive? And how?), while the last sequence reconciles a mother and daughter who had been distant from one another for the entire film.

Paced by Estopa’s songs and a reggaeton beat, La maternal reveals a diminutive force of nature to the film world (newcomer Carla Quílez), wielding a torrential personality and a very strong character ("You’re such a badass!", a youth worker tells her, reading the viewer’s mind). In several scenes she’s placed opposite Ángela Cervantes, who plays her mother (and is also single): two human beings who are so similar… it’s almost unbearable.

Rome Film Fest’s autonomous, parallel section devoted to younger viewers is unspooling 13-23 October, with 12 films in the international competition and 8 in its Italian counterpart

The 24th edition is bringing its dates forward and will unspool between 29 September and 7 October, establishing itself as an ideal showcase for national audiovisual works

The co-production between Colombia and Europe, helmed by Laura Mora, has deservedly picked up the coveted Golden Shell at the Basque gathering

Pilar Palomero’s Schoolgirls have grown up, and in this overly long and not always successful blend of fiction and reality, they wrestle with the social issue of teenage pregnancies

Armed with Leila's Brothers in competition, Everybody Loves Jeanne in Critics’ Week and El agua in the Directors’ Fortnight, the Marché du Film bodes well for the French sales agent

French sales agents whip out new aces at the EFM

The teen drama is being produced by Inicia Films and Bteam Prods, and its international sales will be handled by Elle Driver 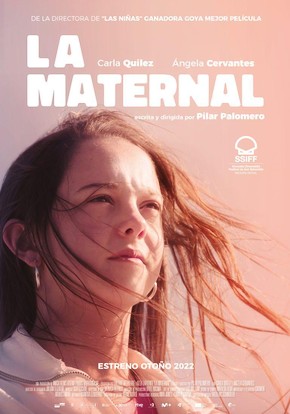 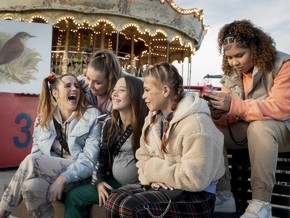 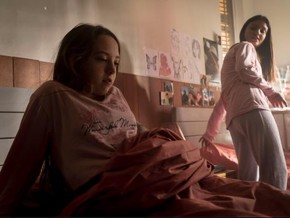 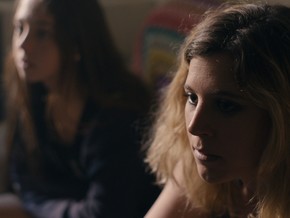