21/09/2022 - Katrine Brocks' feature debut explores themes of faith, forgiveness and guilt that, despite its ambition, falls short of the emotional heights the story demands

The New Directors section of the 70th San Sebastian Film Festival served as the setting for the premiere of The Great Silence [+see also:
trailer
film profile], the feature debut for Danish filmmaker Katrine Brocks. The film tells the story of Alma, a young woman preparing for the ceremony that will mark her commitment to God and the Church and make her a nun. The days in the convent where she lives with a small group of companions pass by quietly, interrupted only by the work to fix the leaks in the chapel, which has to be pristine for when the young woman takes her vows. But the calm is short-lived, when Silje's (Alma's real name before she decided to devote her life to God) brother Erik bursts onto the scene.

From the outset it is clear that the relationship between the siblings is not good. Behind the underlying tension between the two lies a dark secret, which will be the main driving force behind the plot of this story. The two characters seem radically opposed: she is an apparently stable woman at peace with herself, he is a recovering alcoholic whose problems seem to follow him wherever he goes. We soon discover that not all is what is seems. Through flashbacks we are given a glimpse of a traumatic event in their past, which reveals in the present that Alma's spiritual peace is not real. When she is alone, she inflicts all sorts of physical punishments on herself, from burns with a scorching iron to cuts with any sharp weapon within her reach.

Utilising the unique setting of the convent, the director reflects on such important, complex issues as faith, forgiveness and guilt. The film manages to hold our interest in the characters and maintain the tension, even if the often seen resources such as the flashback or the tense music at specific moments make us long for something riskier and more original. It is also a pity that the tone of the film is not fully defined. At times it feels like a sober, intimate family drama; at other times the film leans towards more conventional fantasy horror. These two aspects do not quite fit together and detract from the emotional weight of a story that does not lack interest.

It is worth noting its strengths such as the precise use of sound, which is supported by careful production design to give the film its identity and atmosphere. The acting is also to be applauded. The performances of Kristine Kujath Thorp and Elliott Crosset Hove as the siblings help to overcome the less solid points and hold interest in the fate of the characters.

The Great Silence is produced by the Danish company Monolit Films, with its international sales managed by TrustNordisk.

more about: The Great Silence

Katrine Brocks' feature debut explores themes of faith, forgiveness and guilt that, despite its ambition, falls short of the emotional heights the story demands

The Danish sales agent is bringing a total of 16 new titles to the Croisette, including three drama series and 13 features 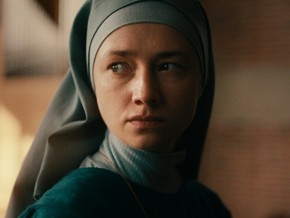