There are few moments in history more unpredictable than those when one regime replaces another, and Carbon [+see also:
trailer
film profile], the first film by Moldovan director Ion Borş, now competing in the New Directors competition of the 70th San Sebastián Film Festival, stands as proof of this. Set in a village close to the front, the film uses an absurd approach to show how the chaos caused by war can reveal both our inner demons and our deep humanity.

It is the end of August 1992, and in a few days’ time, Moldova will celebrate the first anniversary of its independence from the Soviet Union. Under the unforgiving gaze of the mayor (Igor Caras-Romanov), who sees the festivities as a means to further his political career, the village is consumed by frenzied preparations. Meanwhile, Dima (Dumitru Roman), a young tractor driver, learns that all of the soldiers fighting for Moldova in the Transnistria War will receive an apartment in the capital. Dima has no idea what the war means, but the mere idea of the award, which he thinks might impress his girlfriend Ileana (Adriana Bîtca), leads him to implore his older friend Vasea (Ion Vântu), a veteran from the Soviet-Afghan War, to drive him to the front. This is only the beginning of a series of absurd and endearing misadventures…

Among bored soldiers, corrupt politicians, sneaky KGB agents, greedy businessmen and power-hungry priests, Ion Borş succeeds in creating a bittersweet comedy that also has a thing or two to say about the destructive effects of war. The film has every chance of impressing Western audiences with its mix of unpredictability and Borş’s comedic flair while not over-explaining the intricacies of the armed conflict, an efficient choice which helps suggest the chaos of war. All the audience needs to know is that Dima and Vasea find a burnt body and have to face an unexpected string of challenges in order to make sure the dead man receives a proper burial.

Carbon is a film about values and the complexity of human nature. Maybe the camerawork by Ruben Agadjanean shows every shade of tan ever encountered on the sun-scorched Moldovan plains, but there is a lot of grey in these characters overwhelmed by history, ambition and an unquenchable thirst for a better, easier future. There is an engrossing exuberance here, and even if some viewers might not buy all of the obstacles thrown in the protagonists’ path by Mariana Starciuc’s imaginative screenplay, they will definitely let themselves be amused and even touched by these endearing people running around like headless chickens in a world where rules can change drastically at any second.

Another thing that Carbon does is to convincingly show how much we take for granted in our functioning (or improvable) democracies. The discovery of a burnt body would set in motion procedures and protocols in a normal society, but not in a fictitious Moldovan village in the 1990s. Here, we have a policeman who is more preoccupied with organising a hasty wedding for his daughter, a clinic manager more preoccupied with stealing supplies, a priest more preoccupied with getting his hands on a new car (while delivering the film’s funniest, deliciously biased line, “The church teaches better than the school and heals better than the hospital”), and so on. It’s poor Dima and Vasea’s responsibility to provide the story’s moral compass, and even they may waver here and there…

As there are years when not even one feature is produced in Moldova, and because even when there are new domestic releases, so few of them travel abroad, Carbon is definitely a treat. It is not a perfect film, but it is definitely enjoyable and even exemplary: if we were to adopt the protagonists’ mantra, “You need it more than I do,” the world would definitely be a better place. 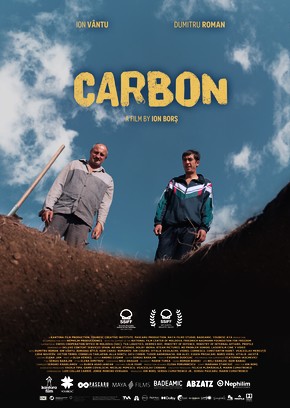 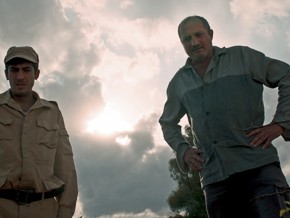 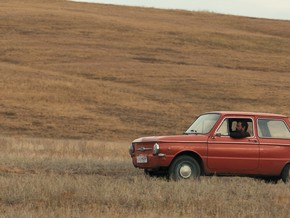 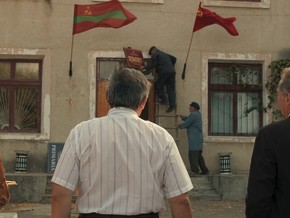 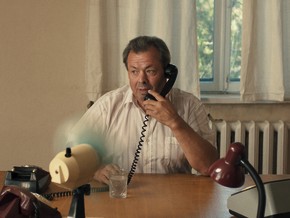 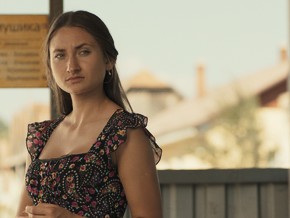 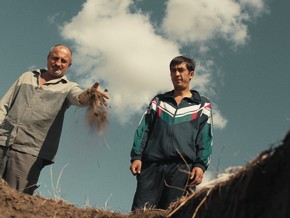