23/09/2022 - Newcomer Mikel Gurrea bursts onto the Spanish film scene with this solid, fierce and unsettling duel of human contradictions and ambiguities

It is not the first time that a Spanish debut feature film has competed for the Golden Shell at the San Sebastian Film Festival in its official section; just remember Butterfly Wings, by Juanma Bajo Ulloa, which won the Basque Festival’s top prize back in 1991. Mikel Gurrea hails from the same city and makes his feature film directing debut with Cork [+see also:
trailer
film profile], a film that stands out from the rest of its Spanish rivals in this competition section for its solidity, energy and narrative maturity.

Starring Vicky Luengo (outstanding in the series Riot Police [+see also:
series review
interview: Rodrigo Sorogoyen
series profile]) and Pol López (seen in El sustituto [+see also:
trailer
film profile]), the film opens and closes with two dances: in the first, a couple unleashes their complicity, sex appeal and passion; in the final, only one of its members dances, full of rage. In between is the account of a slow disintegration of those initial bonds that seemed so solid, battered by the winds of ideas and the fire of a new reality.

Because the thoughts of both central characters, contradictory as we all are, are perfectly sensed thanks to a script, written by Gurrea himself together with the Argentinian Francisco Kosterlitz, through which we discover, like the cork oaks that are stripped of their bark, what is really underneath.

With untamed natural elements and deep-rooted social structures threatening the personal project of these young architects, the film also peels back the servitudes of capitalism, the mutations of ideologies and the change of principles when our role in the mechanics of business changes. Immigration, illegal work and racism will also be the detonators of this time bomb that increases in intensity as the film progresses.

With dialogue in Catalan and shot on location in Alt Empordà (Girona) where cork is extracted, Cork relies as much on the spirited work of its professional actors (those looks!) as on that of the naturalists, real peelers who bring truth to the rural scenes, something also seen in Tobacco Barns [+see also:
trailer
interview: Rocío Mesa
film profile], by Rocío Mesa, another first film that also screened here, in the New Directors section.

But the fact that the team captained by José Luis Rebordinos, director of this festival, now in its 70th year, has decided that this debut film should play in the top league of the competition confirms the confidence placed in it by the festival, which has already supported it through its Ikusmira Berriak residency. This is why it would be no surprise if he ends up receiving an award (he has already won, a few hours ago, the Basque Screenwriters' Association award).

Cork is produced by Lastor Media, Malmo Pictures and Irusoin. International sales are managed by the UK agency Reason8 Films.

Newcomer Mikel Gurrea bursts onto the Spanish film scene with this solid, fierce and unsettling duel of human contradictions and ambiguities

Six international projects have been showcased at the event, all of which are European productions or co-productions, with the USA being the only country involved from outside the continent

19 films in production or post-production, currently on the lookout for sales agents or festivals for premieres, will be presented in three showcases from 23-24 November

Spain’s ICAA announces the recipients of its selective production support

The Spanish Film Institute, which reports to the Ministry of Culture, has published the provisional list of projects it is backing in 2019, with the new film by Carla Simón, Alcarràs, leading the pack

Review: Tax Me If You Can 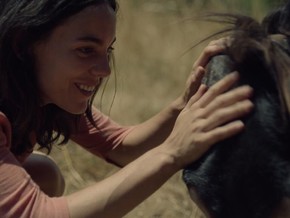 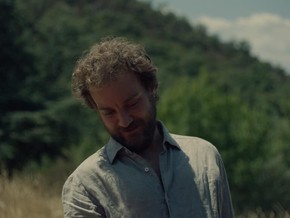 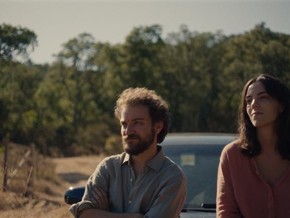