Grief has always been a favourite topic to tackle in arthouse cinema, for obvious reasons: it is one of the most powerful experiences one can have, and we all come across it sooner or later. A particularly cruel and painful kind of loss afflicts the family in Forever [+see also:
trailer
interview: Frelle Petersen and Jette S…
film profile], the third feature by Danish director Frelle Petersen, whose previous effort, Uncle [+see also:
film review
trailer
film profile], won the Grand Prix at the 2019 Tokyo International Film Festival: the sudden death of a young person, a son to his loving parents and a brother to his caring sister.

The film, playing in competition at this year’s San Sebastián International Film Festival, takes its time to establish the happy routine of a family whose absolute lack of dysfunction is in itself almost shocking, an aberration in an international arthouse scene where being part of a family is often akin to a curse. Scenes of the mother Maren (Mette Munk Plum), the father Egon (Ole Sørensen), the daughter Lily (Jette Søndergaard) and the son, who remains unnamed (Lasse Lorenzen), celebrating birthdays in the most Danish tradition – with little Danish flags everywhere – having dinner with family friends or going to sports games are almost too wholesome to be believed, the characters almost unrealistically well adjusted.

Even after tragedy hits, the survivors’ reactions are so measured that Forever almost comes across as an idealised vision of how a family might grieve. What saves the film from this diagnosis is Petersen’s close attention to the actual process of grieving, the different forms it can take, the way it evolves over time and how it changes the people it moves through. Lily logically occupies the centre of the film, the surviving child taking on the role of supporting her parents through their loss. It may seem quite a natural process, but Petersen shows that caring for others was already part of Lily’s identity long before her brother’s death: she works with people with Down’s Syndrome, generally helps out in the family, and is trying to conceive a child with her husband through IVF.

Her mother, on the other hand, isn’t particularly keen to check on or talk to others, preferring to grieve in silence and keep busy with work – the very opposite to the behaviour exhibited by her husband, who talks more than ever, even out loud to his dead son. Petersen’s non-invasive filmmaking and his uber-respectful approach do not position any of those ways of processing pain as preferable to the others, and there is elegance in how they all realistically imbricate with each other through those three inter-connected lives.

These contrasting reactions naturally lead to some conflict, but even then, Petersen entirely avoids big confrontations and breakdowns: as dignified and polite as the film is, it does not include any Oscar-baiting scenes of people speaking their truth through floods of tears. Petersen shows a family that finds a new footing not with paradigm-shifting arguments or screaming matches, but simply with time. Yes, Maren and Egon grow apart for a while, the father talking to his son in the cold greenhouse and the mother unsentimental about clearing out the departed’s bedroom. But rather than fight, each gives the other the space they need, and as the family members slowly get swept up again in the rhythm of everyday life, the pain gets easier to bear and the resentment felt towards the others’ grieving rituals fades away.

The cast all give convincing, naturalistic performances, but the remarkable maturity of all involved, though enviable, remains somewhat alienating. Their progress towards something resembling a happy family life is of course painful, but relatively smooth and with few surprises. Forever is a well-made and emotionally attuned film, but almost to a fault.

Forever was produced by Zentropa Entertainments. Its international sales are handled by TrustNordisk and its local release by Nordisk Film Distribution.

Interview: Frelle Petersen and Jette Søndergaard • Director of and actress in Forever

“You eventually have to reinvent yourself as a family, and you cannot know in advance how other family members are going to react”

The Danish sales agent is bringing a total of 16 new titles to the Croisette, including three drama series and 13 features

TrustNordisk revs its engines for this year’s European Film Market

The Danish sales agent will present its rich slate, including features such as Speak No Evil as well as some much-anticipated series such as Lars von Trier’s The Kingdom Exodus

The Danish director’s sophomore feature revolves around a couple who lead a quiet existence in their yellow brick house, until an unbearable tragedy changes their lives forever 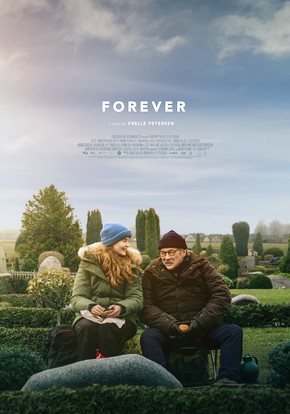 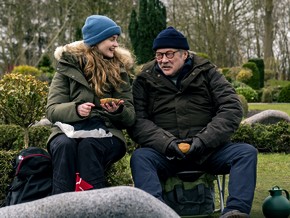