24/09/2022 - Spanish filmmaker Fernando Franco tells a story of sexuality and disability with sensitivity and complexity, delving deep into the intimate history of the characters

Valeria Sorolla and Telmo Irureta in The Rite of Spring

The filmmaker recently raised the debate online of how to address social issues in film. The comment was suggesting that it is shameless when this type of film is made from a position of privilege. Poor people have an admirable sense of goodness and courage, they are not just hard-working victims. Nothing further from the truth, because in poverty there is also darkness, and perfectly normal people, not just labels. Something far worse happens with the issue of disability in fiction. Not only is there a huge gap (daring to search for relatively recent films on the topic), but those you can find tend to be presented from that condescending and do-gooder perspective.

This is what Fernando Franco is trying to avoid in his latest film, The Rite of Spring [+see also:
trailer
interview: Fernando Franco and Koldo Z…
film profile], presented this week in the official section of the 70th San Sebastian Film Festival. In a similar way to his previous work (Wounded [+see also:
film review
trailer
interview: Fernando Franco
film profile] and Dying [+see also:
film review
trailer
interview: Fernando Franco
film profile], in which he deals with the subjects of illness and death), this time, Franco addresses a delicate issue –sex and disability – from a deep perspective, placing the story and the characters at the heart of the film. The excellently cast Valeria Sorolla plays a young woman who has just arrived in Madrid to study Chemistry at university. On a night out, she meets David (Telmo Irureta), a guy with cerebral palsy who lives with his mother (Emma Suarez). The film goes on to recount the relationship that builds up between the two as they get closer. She decides to try to be his sexual assistant and in doing so discovers friendship, love, tenderness, uncertainty, fear... a mix of feeling that she cannot fully understand. Complex and ambiguous emotions that cannot be easily pigeon-holed.

The film starts out well: Franco takes his time to introduce the characters. This means we get to know their emotions, who they are inside, under the surface. The story is narrated simply, measured and with great sensitivity. There are moments that reflect everything going on between them - that blend of complicity and distance that is so difficult to put into words. The depth of the subject is balanced out with a lightness of touch and tone, the drama diluted with points of beauty and humour.

This is a lucid narrative that breaks taboos through the humanity of that relationship. The story is told with honesty from the different perspectives and sexual experiences of both the main characters, without being reduced to edifying morality. This is largely thanks to the way that Franco explores Laura’s viewpoint, her doubts and misgivings. She sees David as what he is - a disabled man - but that does not get in the way of her seeing more to him. However, as a weakness in the film, I came away with the feeling that something was still missing from that character construction; missing pieces from the story of her inner conflict and emotional journey. The film also fails to escape from the slight naivety of trying to teach something to the audience.

Nevertheless, The Rite of Spring is certainly an interesting and risky proposal because of its subject-matter and approach. It is a complex and ambiguous work that looks at talking about disability from other starting points.

The Rite of Spring is produced by Blizzard Films AIE, Lazona Producciones, Kowalski Films and Ferdydurke.

more about: The Rite of Spring

Interview: Fernando Franco and Koldo Zuazua • Director and producer of The Rite of Spring

"We dance well together; we complement each other perfectly"

The 24th edition is bringing its dates forward and will unspool between 29 September and 7 October, establishing itself as an ideal showcase for national audiovisual works

Spanish filmmaker Fernando Franco tells a story of sexuality and disability with sensitivity and complexity, delving deep into the intimate history of the characters

Fernando Franco is back with The Rite of Spring

The Spanish director is now in Granada and Madrid shooting this drama film toplined by Emma Suárez, Telmo Irureta and newcomer to movies Valeria Sorolla

The Spanish Ministry of Culture grants €15 million to 47 films

The new projects by Carlos Marqués-Marcet, Jaione Camborda, Fernando Franco, Xacio Baño and Elena Martín are among those that are set to receive production support 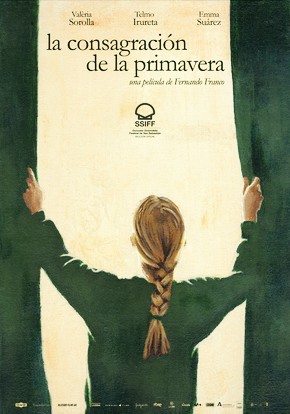 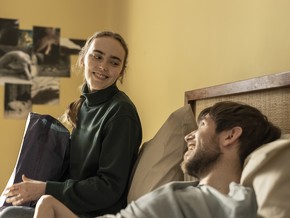