28/09/2022 - In her debut film, Rocío Mesa devises an interesting and moving fable about the meaning of identity and the search for freedom

Things happen in villages too. In recent years, part of Spanish cinema has filmed in the countryside. It is as if we have suddenly realised that there is life beyond the big city.

Many of the films from this new generation of filmmakers share some features: amateur or little-known actors, stories based on personal and intimate experiences, the construction of their own imaginary through Costumbrismo, examining the drifts of contemporary societies in relation to the conflicts present in these rural environments, a narrative based on meticulous detail and symbolism, where action is not the most important thing, leaving time and space for contemplation and reflection. Granada filmmaker Rocío Mesa is also part of this generation. Her debut film, Tobacco Barns [+see also:
trailer
interview: Rocío Mesa
film profile], presented at the 70th San Sebastian International Film Festival, in the New Directors section, shares some of these characteristics.

Set in the old tobacco drying barns in Granada, the film tells the parallel stories of a city girl who goes to spend the summer in her grandparents' village and a local teenager who feels trapped there. The filmmaker delves into her memories to narrate a story where genres are blended, becoming a sort of fable with no closed statements. The film speaks freely about the stages of life and the disappearance of a world, but also many other things. One of its great virtues comes from the decision to narrate the story from the point of view of both protagonists: from the innocence and fantasies of the child and the bewilderment and uncertainty of the teen. Through this and the credibility of the characters and their performances, the director manages to reflect with sincerity and beauty the conflicting feelings of these two stages of life.

Although Mesa's proposal is not overly original, devising a fictional universe through the idiosyncrasy of a place, through the crossover between the supernatural and the real, the extraordinary and the ordinary, is already a trademark of this generation of "ruralised" filmmakers, interesting ideas are nonetheless raised. As a starting point, the intention to narrate the rural from another place (in this case, from blending with the fantastic) is a bold move. However, the same fate befalls the director as some of her colleagues: she loses the intention of being "original". The tone of the story is lost when the supernatural element is not well integrated into the story, as a natural part of it, but simply as a forced oddity.

Despite this weakness, Tobacco Barns manages to be a lucid exercise in recreating sentimental memory, with moments that achieve a certain magic. In doing so, the film manages to speak truthfully about the meaning of identity. Through images and their symbolic power, it raises questions about the meaning of being and living in a place, about the search for freedom and the possibilities of that freedom, about how we come to become who we are and also the price we pay for it.

In her first fiction feature, the filmmaker recreates her childhood and adolescence in southern Spain, armed with a dreamlike/fantasy style and non-professional actors

“I wish to condemn normalised and institutionalised violence”

After premiering at Sundance, and prior to its screening at Sitges, the filmmaker’s brutal and bloody feature debut gets a berth in San Sebastián’s most daring section

Lois Patiño handed an award at the third Abycine Lanza 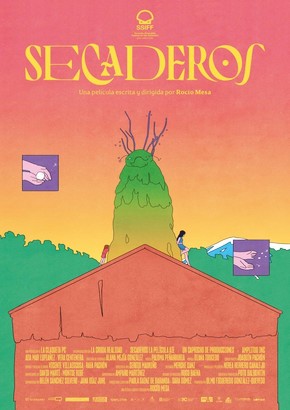 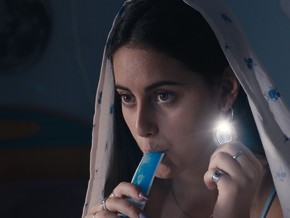 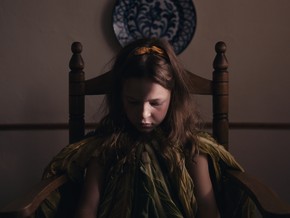 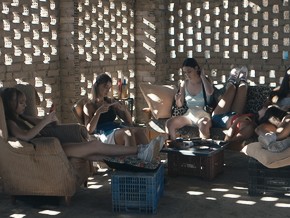 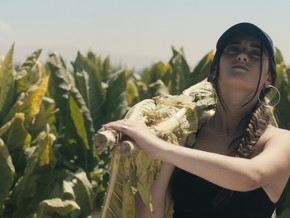 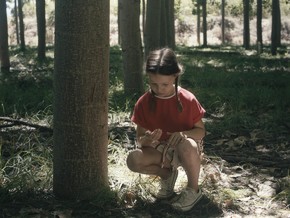 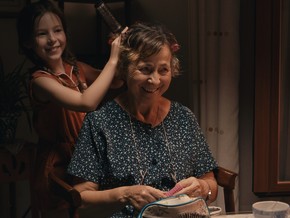 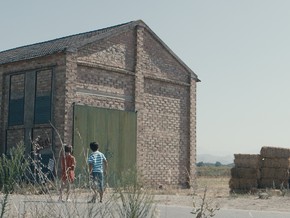 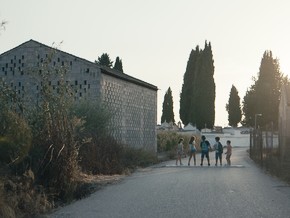 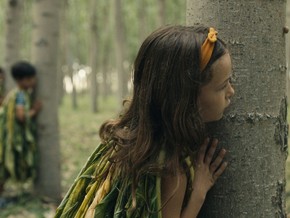