Review: The Man on the Road

20/10/2022 - Gianluca Mangiasciutti’s debut film tells an engaging story about two destroyed lives, which mainly explores the themes of overcoming significant loss and the weight of our own mistakes

Lorenzo Richelmy and Astrid Casali in The Man on the Road

Gianluca Mangiasciutti’s debut feature film, The Man on the Road [+see also:
trailer
film profile], which was presented within this year’s Alice nella Città section of Rome Film Fest, kicks off with an intriguing opening sequence, decisively setting the dark and ambiguous tone which permeates the entire work. Little Irene is roughly eight years old when she witnesses her father’s death at the hands of a hit and run driver during a walk through the woods looking for mushrooms. The child and the man lock eyes for a matter of seconds, but Irene’s life will be marked by this tragedy forever. Ten years later, Irene (played by Aurora Giovinazzo, recently seen in Freaks Out [+see also:
film review
trailer
interview: Gabriele Mainetti
film profile]) is a young professional swimmer tormented by the fact that her father’s killer is still on the loose. She’s a ticking time bomb, ready to explode against everything and everyone.

After punching an adversary in a very important gala, she leaves school, heads to her aunt’s house 30 kilometres away from her home and quickly finds herself a job in a factory. Things seem to be on the up for Irene, but the film’s first twist is just around the corner: it turns out that the owner of the business, Michele (Lorenzo Richelmy), is the very kid who knocked her father down ten years earlier.

Overall, the film’s writing by Serena Cervoni and Mariano Di Nardo (Regina [+see also:
film review
interview: Alessandro Grande
film profile], Children of the Night [+see also:
film review
trailer
interview: Andrea De Sica
film profile]) is tight and engaging, despite a little ingenuousness in some of the dialogue, especially in conversations between Irene and her mother in the first half of the film. Viewers are already aware of who did what and why, and, for this reason, The Man on the Road turns into a psychological drama somewhat organically, and the most interesting part of the film is working out when and how they will realise the truth.

It’s a plot device that’s as old as the hills, but it works fairly well here, because it’s carried by two brilliant protagonists and a team of supporting faces who are, generally-speaking, credible in their roles, namely Astrid Casali, Jozef Gjura, Giancarlo Judica Cordiglia and Marit Nissen. For her part, Giovinazzo once again breathes life into a determined and courageous young woman, much like Matilde in Freaks Out. In this instance, however, her character can sometimes feel sharp and irritating, unperturbed by others’ judgements yet capable of feeling misunderstood by society.

The end of the movie will no doubt stir up debate, and viewers will either question whether it’s plausible or remain pleasantly surprised and enjoy it. Either way, it’s a courageous narrative choice which leaves a mark, thanks to the extent of its character development and emotional impact.

The Man on the Road is produced and distributed in Italian cinemas by Eagle Pictures.

more about: The Man on the Road

Review: The Man on the Road

Gianluca Mangiasciutti’s debut film tells an engaging story about two destroyed lives, which mainly explores the themes of overcoming significant loss and the weight of our own mistakes

Rome Film Fest’s autonomous, parallel section devoted to younger viewers is unspooling 13-23 October, with 12 films in the international competition and 8 in its Italian counterpart

Gianluca Mangiasciutti’s feature film debut is a thriller produced by Eagle Pictures, which hits Italian cinemas in the autumn 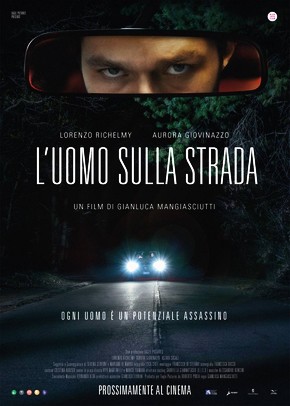 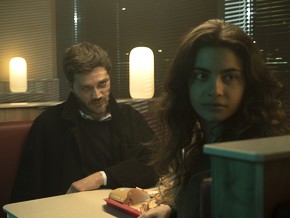 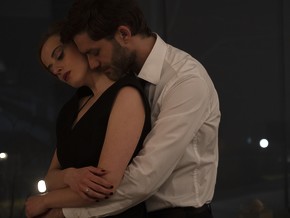