28/10/2022 - In her DOK Leipzig-winning documentary, Faustine Cros creates a sobering, in-depth portrait of an era through her painfully personal family story

It is possible for a person to film his or her family every day but fail to see what is right in front of them. This was certainly the case with Jean-Louis, the father of French-born, Belgian-based director Faustine Cros, whose first feature-length documentary, A Life Like Any Other [+see also:
trailer
film profile], world-premiered at DOK Leipzig and won the Silver Dove Award there (see the news).

The film consists mostly of home videos shot by Jean-Louis, a filmmaker himself, combined with the footage the director has shot in the present day with her family. It also includes her mother, Valérie, a make-up artist, her brother Ferdinand and dog Erbe.

When Faustine started making this film, she was 30, the age Valérie was when she had her, and she says that until now, she hadn’t been able to recognise what it is that had made her mother depressed, and even made her attempt suicide. Now she is able to talk to her about this, but Valérie doesn't have any clear answers. She only remembers that she wanted to disappear.

But the wider picture starts to emerge through her engaging and emotional storytelling. After she had had children, Valérie pulled out of work, which, it turns out, to her meant that she was withdrawing from life. She used to be a respected, well-paid film-industry professional, and a feminist – not that it is obvious that she had recognised it in those terms.

While the kids are young, she is a spirited, witty mother, running around with them, laughing and joking. But as this goes on for a while, we, from the point of view of our era, can plainly see signs of depression. Her husband films her as she sits with her head buried in her hands while the kids make a ruckus in the background, and he keeps the camera on her for about half a minute, without talking to her.

When interviewed by his daughter, he says he wanted to keep filming the good things, so that he could show his wife that not everything was bad, even though she started having "psychological problems". And it's not his fault: he was not equipped to recognise that she never recovered from losing her work owing to the responsibilities of motherhood. Moreover, it's not only him; a psychologist had told her it was only "baby blues", and the family doctor advised her to "be happy with her family". And these were only the 1990s, not the 1890s.

Valérie did try to go back to work, but finding part-time jobs in her field was impossible. Through little short films they were making as a family, she created an alter ego, "La Valére", part-bandit, part-witch, probably subconsciously trying to separate this negative part of her from being a mother. There is an especially painful segment in which Cros remembers what she wrote in her diary when she was seven, and how La Valére responded to it. But even more heartbreaking and powerful is the scene in which Valérie finally speaks out. After that, Jean-Louis stopped filming his family.

A Life Like Any Other is a delicate and sensitive personal film in which Cros produces an in-depth portrait of an era, without making any judgement of her father, or men in general. The combination of archive footage, interviews and observation is exquisitely edited by Cédric Zoenen and Cros (who is herself an experienced editor) to balance the love that clearly exists in the family with the most telling, painful moments. Cros's brother Ferdinand contributed with an excellent score based on 1980s synth-pop music, but with a clever twist: occasionally, the music slows down, whining, as if the tape player has wound down, implying that something is wrong under the bright surface of his father's happy family-life videos.

A Life Like Any Other is a co-production between Belgium's Dérives and France's Les Films d'Ici. Switzerland's Lightdox has the international rights.

EXCLUSIVE: Trailer for DOK Leipzig competition entry A Life Like Any Other

Faustine Cros's first feature-length documentary employs home videos shot by her father to tell the story of his wife, who saw her motherhood as a deprivation of her freedom

After enjoying its most successful year yet, the consultancy programme is awaiting new projects for its upcoming editions, dotted around the globe

In her DOK Leipzig-winning documentary, Faustine Cros creates a sobering, in-depth portrait of an era through her painfully personal family story 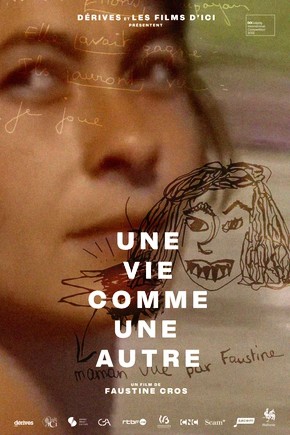 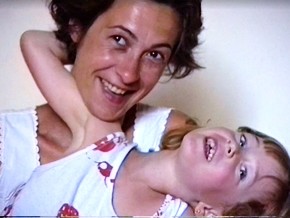