22/11/2022 - The second feature by Ukrainian director Marysia Nikitiuk tells the story of a successful TV presenter struck down by cancer, who wants to fight the disease on her own terms

Marysia Nikitiuk's Lucky Girl [+see also:
trailer
interview: Marysia Nikitiuk
film profile] has been shown in competition at the Tallinn Black Nights Film Festival. At the centre of the plot is energetic TV presenter Nina Sokil (Ksenia Khyzhniak), who treats both the guests on her show and her assistants on set equally harshly. One day, an incident occurs on her programme, after which Nina is hospitalised. After a thorough examination, the woman is told that she has bone cancer. She does not attach any special significance to this fact, childishly asking the doctor: “I'm not going to die, am I?” Then everything becomes more complicated: Nina undergoes chemotherapy, and in the process, she meets a group of cancer patients, among whom is Natasha, a woman who really wants to live and is going to Paris. Interacting with her new friends, Nina realises that curing cancer is not so easy...

Nikitiuk made her feature debut a few years ago with When the Trees Fall [+see also:
film review
trailer
interview: Marysia Nikitiuk
film profile], which was shown in the Berlinale Panorama. This was the story of three generations living in the Ukrainian countryside, set against the backdrop of post-Soviet developments. The main heroine of that movie was a five-year-old girl, Vika. Nikitiuk's new film is a more glamorous story, shot more in line with the traditions of mainstream European cinema. The script is based on the story of famous Ukrainian TV presenter Yanina Sokolova, who recovered from cancer and who later became one of the film's producers. This story was reported on by many Ukrainian mass-media outlets, and Sokolova even wrote a book about her life.

The film has been shot with an ice-cold colour palette, immersing the viewer in the horrors of hospital corridors and life with a terminal diagnosis. But the heroine is not so easy to break, just as it is not easy to change her unbearable character. Nina's husband repeatedly tells her that she is heartless. Therefore, in many ways, this is a story of rebirth and of the search for harmony with oneself and with the world.

There are many extreme scenes in the film – for example, when Nina has to jump off a bridge. Therefore, we must commend the impressive professional commitment of Khyzhniak, a former theatre actress, here making her debut in the world of film. She manages to truthfully play a woman who is subjected to constant stress, and she successfully shows the heroine’s internal struggle with herself.

“For me, making a film is a journey, and this trip is always unique”

The second feature by Ukrainian director Marysia Nikitiuk tells the story of a successful TV presenter struck down by cancer, who wants to fight the disease on her own terms 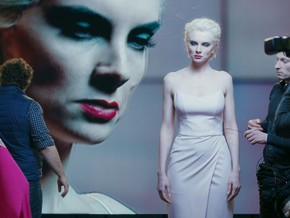 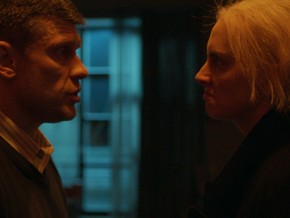 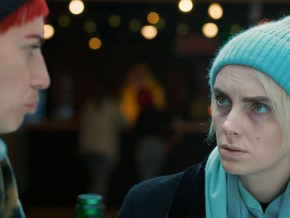 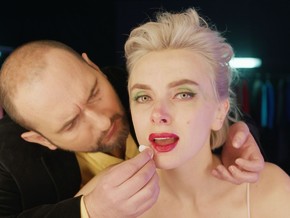