Winner of a special mention from the Spanish Film Jury, Mission to Mars [+see also:
trailer
film profile] premiered in the official Retueyos section at the 60th Gijón/Xixón International Film Festival, held from 11 to 19 November. This debut film –which does not take itself too seriously– by Amat Vallmajor del Pozo introduces us to Txomin (played by Txomin del Pozo), an archaeologist who is hired to provide a report on Mars. With his brother Gene (Gerardo “Gene” del Pozo, founding member of the punk band Hertzainak and writer of the song Ta zer ez da berdin which closes the 72-minute film) at the wheel, they set off from the Basque town of Éibar on an adventure through northern Spain.

But Gene’s fragile health and a toxic haze that mysteriously appears from time to time causes them to deviate and seek help from their sister Mila (Mila del Pozo): the reunion of the three siblings awakens old gripes while the firstborn’s health worsens.

With this plot, just looking at its original poster (designed by Michael Wahrmann) or its trailer tells the viewer that this Mission to Mars is a big cosmic joke that is a thousand miles from Brian de Palma's grandiose film of the same name. Here the budget is infinitely smaller, but the audacity and boldness are large.

Because we enter a world as recognisable as it is strange, which makes the most of the settings in the wake of other Spanish filmmakers capable of extracting gold from the most everyday elements, such as Chema García Ibarra (see his shorts or his film The Sacred Spirit [+see also:
film review
trailer
interview: Chema García Ibarra
film profile]), Miguel Llansó (Crumbs [+see also:
film review
trailer
film profile]) or the newcomer Álex de la Iglesia in Acción mutante, as this also takes place in a Basque Country as we have always seen it but with a dark, horny and apocalyptic feel.

Vallmajor del Pozo (Girona, 1996) graduated in Audiovisual Communication from Pompeu Fabra University, Barcelona, and holds a master’s degree in Creation from Elías Querejeta Zine Eskola. Among other things, he co-directed the short film La perversión del signo (2019) before undertaking his first feature film, shot in 16mm and starring the director's family members, natural actors who spit out dialogues with fresh spontaneity and a healthy political incorrectness.

Mission to Mars participated in WIP Europa at the 69th San Sebastian Film Festival, WIP at the Entrevues Belfort Film Festival (France) and the LAB at the D'A Film Festival Barcelona and is produced by the Spanish companies Muxika Zinema ZINEMA and Vitrine Fims, together with the Israeli company Mina Films. The film is set to be released in Spanish cinemas in 2023 by the distribution company Vitrine Filmes.

more about: Mission to Mars 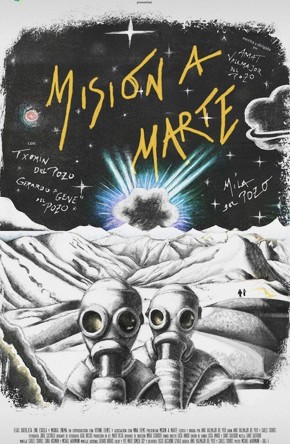 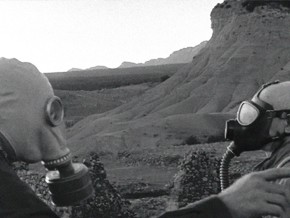