Gentle character dramas such as Things Unsaid [+see also:
trailer
film profile] typically aim to give a cautious glimpse into human psychology, so making its primary male role, Fillip (played by Blagoj Veselinov), a professional psychologist is either a show of honesty, or just obviousness. Anna (Kamka Tocinovski), his spouse, is an art photographer specialising in moody, domestic scenes – another avatar for what this filmmaker is attempting. The third wheel creating a kind of unsteady dramatic balance, or the final edge of this platonic love triangle, is the 17-year-old daughter of their friends, who has come to essentially “crash” at their attractive coastal house in quite mysterious circumstances. So it’s evident from the first moments of her feature debut that Macedonian director Eleonora Veninova has a gift for a passive-aggressive dramatic set-up. 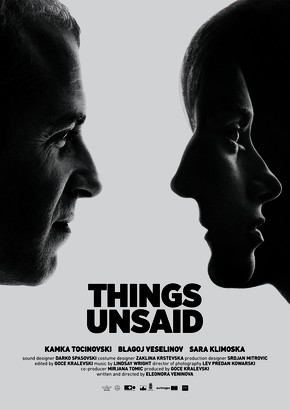