For various reasons, ideals and ideologies struggle to withstand reality, so they must adapt to new circumstances. Religious cults, colonies and hippie communes of the 20th century might serve as a faithful illustration of this claim. One such commune, along with its leader and a bright, rebellious teen, stands at the centre of Servus Papa – See You in Hell [+see also:
trailer
interview: Christopher Roth
film profile], which is the latest film co-written and directed by seasoned German director Christopher Roth. The film had its world premiere on home turf at the Munich Film Festival, while its international premiere took place within Black Nights’ Official Competition in Tallinn.

It's Austria in the late ‘80s. The Cold War is coming to an end, but news from the outside world has little effect on a commune located on a river island (or is it a peninsula?) somewhere near the Hungarian border. This commune is a central part of a wider system of similar establishments located in or around various European cities, such as Frankfurt, Munich, Amsterdam and Zurich. It’s led by its chief ideologist, the self-appointed “King” and “Daddy” Otto (Clemens Schick), who employs a mixture of brainwashing, menace and manipulation. His ideology blends counter-culture with Marxism: sex is encouraged, but romantic relationships and nuclear families are forbidden as bourgeois inventions. The kids grow up and go to school together under the auspices of Otto and his predominantly female aides, while their parents are only allowed to visit them every once in a while.

Jeanne (Jana McKinnon) has lived and grown up in this commune since she was two years old. As an adolescent, however, she starts to feel more than just physical attraction for the commune’s horse handler Jean (Leo Altaras), which is against the rules and noticed by Otto, who also takes an uncomfortably perverse interest in the young woman. Jeanne is perceptive and smart enough to fend off the leader’s advances, but she might need to find a more permanent solution. On the other hand, the commune, its ideology and its way of life are the only things she knows.

Co-written by Roth and Jeanne Tremsal, the script is based on the latter’s own experience of growing up in such a commune, whose leader was eventually sentenced to 20 years in prison in 1991, for various crimes including sex offenses against minors. At the beginning of the film, Roth opts for a style which simulates an observational documentary, with shaky, hand-held camerawork by Lydia Richter, faux-VHS shots blended into the wider footage, and occasional jump cuts in the editing, which is taken in hand by the director himself. The film’s exposition is also prolonged, taking up almost half of the film’s nigh-on two-hour runtime, with Roth and Tremsal seeming more interested in exposing the commune’s functioning than in exploring the plot and characters. Meanwhile, the narrative framing device which sees the whole first half of the film revisited in a flashback seems a little stale.

The real plot kicks off with a change of style - calmer camerawork and cleaner cutting - but it turns out to be a little too late for developing all of the film’s important ideas on totalitarian practice and how it contradicts ideals of freedom, and the need for a revolution against the tyrannical powers that be. Luckily, the spot-on casting and eclectic musical choices, which range from pop to punk tunes, help this ambitious near-miss to go down smoother than expected.

Servus Papa – See You in Hell is a German production by Arden Film and Friendship Films.

more about: Servus Papa, See You in Hell

“I didn't want to make a documentary; I wanted the film to have its own sense of autonomy" 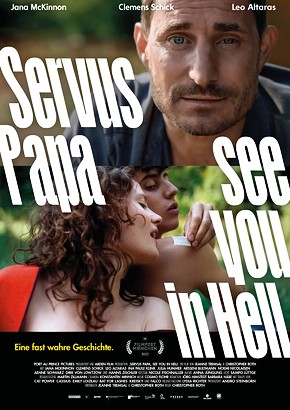 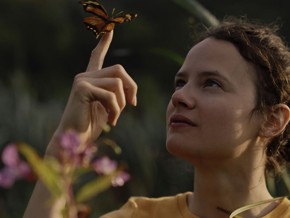 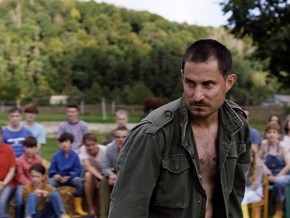 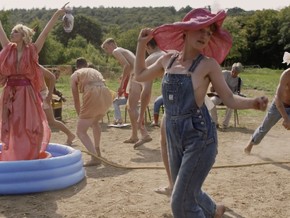 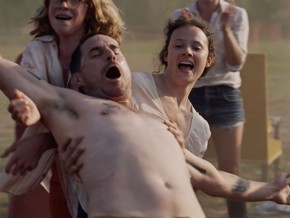 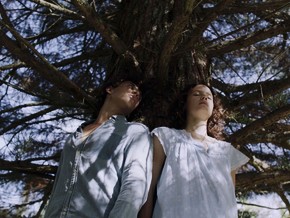