29/11/2022 - Fatmir Koçi’s adaptation of Dritëro Agolli’s novel remains very faithful to the source material, for better or for worse

The satirical novel The Rise & Fall of Comrade Zylo by Dritëro Agolli was very popular among readers right from its first publication as a series of columns in a satirical newspaper in 1972, and then as a book in 1973, as it mocked the incompetent officials in a communist dictatorship, while not questioning the system itself. Now, it is considered a seminal piece of 20th-century Albanian literature, but so far, it has not been adapted for the screen. This has now been put right by one of the most well-established Albanian helmers, Fatmir Koçi, who has been on the scene since the 1980s.

The Rise & Fall of Comrade Zylo [+see also:
trailer
interview: Fatmir Koci
film profile] world-premiered in the newly established Critics’ Picks competition programme of Tallinn Black Nights. Its topic and tone should go down well with audiences who have some historical knowledge about life under the communist dictatorship, while its purely filmic references to noir and the Nouvelle Vague work equally well in all contexts.

As in the source material, our point of view is established by the narrator and protagonist, Demka (Donald Shehu), a man who gave up on his dream of becoming a writer in favour of making a living by writing reports and speeches for high-ranking party officials. He is therefore bitter and constantly on call, and his wife Zenepja (Xhoana Karaj) therefore advises him to take on less work. However, he does not know how to break the cycle of being overworked and exploited.

His newest boss is our title character, Zylo (Alex Seitaj), a man with grandiose ambitions but limited capabilities. His ideas are neither original nor applicable to reality; they are just platitudes taken from the communist propaganda textbooks, so it comes as no surprise that they all end in failure. In his madness, Zylo is supported by his wife, Adila (Enisa Hysa), and his neighbour, influential journalist Cleopatra (Jorida Meta), while some other comrades in the committee cannot wait to see his downfall. It seems that Demka has no choice but to follow him wherever he goes, whether it’s to a remote village where he “preaches” the need to consume culture to the over-worked and extremely poor farmers, or to a country in Africa with which Zylo wants to establish some kind of cultural exchange. But then the plot starts to thicken on both the work and domestic fronts.

Agolli’s novel has been adapted into a script quite faithfully by the filmmaker himself in collaboration with Mike Downey and Jonathan Preece, who was the writer for his more international works, such as Amsterdam Express and Elvis Walks Home [+see also:
trailer
film profile]. The trouble with such faithfulness in an adaptation is that some things do not transfer well between the different media. For his part, Koçi tries to break the rigidity of the chapter-like structure with long, dialogue-driven scenes, by visualising the narrator’s thoughts and musings in black and white, and by using the styles of different historical genres, but nevertheless, this kind of structure would be better suited to theatre. Some other debatable choices would be the almost constant use of Karl Heortweard’s score in different musical keys and genres, and the broad acting by all of the cast members, although the latter actually suits the satirical genre of the movie. Meanwhile, the technical work that has gone into the production design and costume design faithfully re-creates the atmosphere and the feeling of the early 1970s.

The Rise & Fall of Comrade Zylo is a co-production between Albania, Kosovo and Ireland, through Kkoçi Productions, On Film Production and Circle Production, with the co-operation of Radio Television of Albania RTSH.

more about: The Rise & Fall Of Comrade Zylo

Fatmir Koçi’s adaptation of Dritëro Agolli’s novel remains very faithful to the source material, for better or for worse

With screenings taking place from 17-25 November, the brand-new strand will showcase 16 films, including ten world and three international premieres 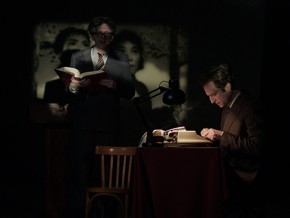 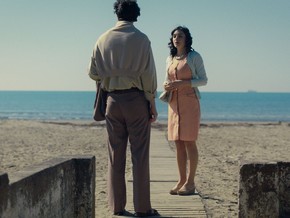 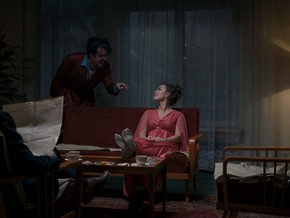 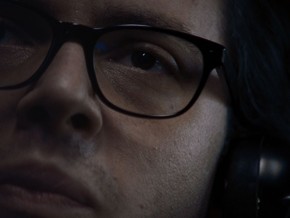 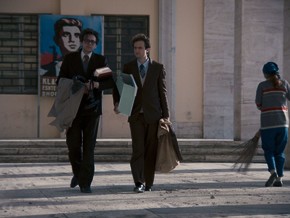