01/12/2022 - Shot in Brussels, Daniele Vicari’s movie depicts an affectionate coming together and clashing of two generations and, potentially, two forms of cinema

There’s an affectionate coming together and clashing between two generations who are miles apart both geographically and culturally in Daniele Vicari’s Orlando [+see also:
trailer
film profile], which was screened Out of Competition at the Torino Film Festival and is hitting Italian cinemas today, 1 December, distributed by Europictures.

Portrayed with great naturalness by the seventy-six-year-old director-actor Michele Placido, the film’s titular protagonist is a surly and taciturn farmer from Sabina, a rural region to the north-east of Rome, who receives a request for help from his son who moved to Brussels twenty years earlier. Orlando has never forgiven the young man for the “betrayal” of emigrating to another country, but now Valerio is in hospital and he needs his father. Orlando, who can barely speak Italian, arrives in the Belgian capital only to find his son has died, leaving behind a lively and determined 12-year-old granddaughter called Lyse (Angelica Kazankova). Orlando would like to take the girl away with him, as if a recalcitrant bunny to be grabbed by the ears. But Lyse, whose mum rejected her at birth, is resistant. Why would she leave her school, her beloved skating, and her friends to go and live in the countryside with an old sourpuss? Faced with social services who are following the case (Fabrizio Rongione and Christelle Cornil), Orlando sees a possible solution: he could place the girl in care and return home to his vegetable patch and his animals. But the grandpa and granddaughter begin to sniff around one another, they grow closer, and they talk about Valerio’s unfulfilled dream of opening an Italian restaurant in Brussels.

Vicari films his elderly protagonist by way of intense close-ups on Placido’s face, directing him through the streets of a city which he believes to be hostile but which he isn’t afraid of, and which is magnificently captured by Gherardo Gossi. Penned by Vicari himself, alongside Andrea Cedrola, the film proceeds in a linear fashion, without any particularly dramatic twists or turns and without reaching any kind of climax, all revolving around the familial relationship which is taking root. There’s a strong autobiographical element to the film, confirmed by the title which is also the name of the director’s father (Vicari comes from the same region as the protagonist, and in the film’s first Italian images we see the town where the director was born). But, first and foremost, there’s a contradiction between two antithetical worlds which never seem to overlap, which Vicari has depicted ever since his second film, L’orizzonte degli eventi, which saw shepherds who’d immigrated from Eastern Europe grazing their sheep on the Gran Sasso highlands and living an archaic existence, while, far beneath them, in the bowels of the earth and in one of the most advanced scientific laboratories in Europe, international teams carried out research into the physics of matter. But from a euro-metacinematographic viewpoint, we like to think that Vicari is talking about the seventh art. The cinema of the great masters, on the one hand, while trusting in an actor who went on to become a director, with a first film about immigration and who has acted under the likes of Monicelli, Comencini, Bellocchio, Damiani, Rosi, Ferreri and Wertmüller. Vicari also dedicates his film to Ettore Scola, with whom he founded a film school in the final years of the master’s life. This brand of cinema dialogues with and gently surrenders itself to “new cinema” which builds a bridge with Europe, of which Brussels and the young deuteragonist are both symbolic and to which the director undeniably belongs, hailing as he does from the documentary world and having probed social and political situations.

Orlando is an Italian-Belgian co-production by Rosamont in league with RAI Cinema and Tarantula Belgique. International sales fall to Vision Distribution.

Shot in Brussels, Daniele Vicari’s movie depicts an affectionate coming together and clashing of two generations and, potentially, two forms of cinema 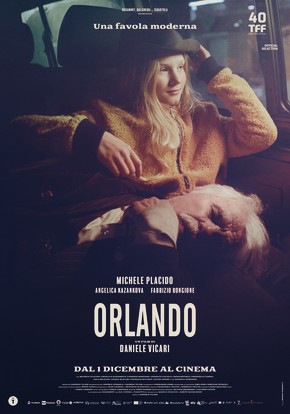 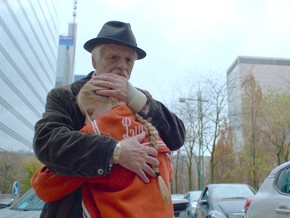 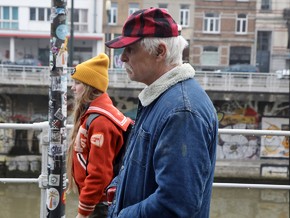