06/12/2022 - Although focused on a lesbian relationship in an unusual context, Mariana Cengel-Solcanská’s film remains a clichéd period drama

Though it only forms the background of Mariana Cengel-Solcanská’s The Chambermaid [+see also:
trailer
interview: Mariana Čengel Solčanská an…
film profile], the breakdown of the Austro-Hungarian Empire, its effects on both rich and poor, and the ways characters see it coming (or don’t) are all more interesting than what constitutes the core of the film’s story. Premiering in the Critics' Pick section of this year's Tallinn Black Nights Film Festival, The Chambermaid centres on a young Slovakian girl called Anka (Dana Droppová) who is forced to go and work as a maid for a wealthy Viennese family in Prague. Young and inexperienced, she struggles to find her place in this highly codified world where nothing is ever really as it seems. For the audience, however, the fact that all of those rich people are in fact miserable, that a young woman does not love her dashing husband, or that the master of the house would be having an affair with one of the other maids, is far from surprising. The film’s overall characterisation of the upper class as grotesque, arrogant, selfish and whiny, and their employees as secretly spiteful towards their masters, is nowhere near as shocking or as exciting as it is apparently supposed to be.

The novelty lies in the relationship that develops between Anka and Resi (Radka Caldová), a member of the wealthy family she takes care of, together with a dozen other employees. Resi initially bullies Anka, testing just how far the latter would go to follow orders; but it isn’t long before Anka realises that Resi is simply taking out her own frustration and anger on someone even less powerful than she is. The maids, indeed, are privy to much more than the contents of their masters’ urinals and toilets: they see the truth behind the facade, the secrets hidden behind conventions. In Resi and Anka’s case, the latter even becomes a kind of confidante for the young woman, who is nowhere near as free or as rich as she may appear. The film thus brings into focus the inequality between the sexes, rife both among the workers and in the upper social class that Resi belongs to. It is a neat feat of storytelling – and a realistic development – that Resi and Anka would first let these pressures pit them against each other as enemies, before they eventually turn them into the best of friends, and finally lovers. In one early sequence, Anka decides to finally sleep with the overbearing man who has been pressuring her ever since she arrived, but only so that she can find out for her mistress what it is that her husband will do to her on their first night of marriage. This is a world best navigated strategically, whether one is just a maid or the daughter of a wealthy man; calculations that, of course, do not account for feelings, and leave many people hurt.

Perhaps it is the inevitability of tragedy that makes The Chambermaid rather predictable and unengaging, despite the intensity of feeling between Anka and Resi, but also that emanating from other characters on both rungs of the social ladder. In fact, although some of the film’s heightened characterisations and big performances express the violence of that society, they also come across as attempts to enliven proceedings. Droppová and – in particular – Caldová do a good job of anchoring the film to lived and felt reality, as do the film’s costumes and set design. Its schematic structure, however, does not leave the two actresses much space in which to truly bring their symbolically significant characters to life.

The Chambermaid was produced by Slovakia’s Bright Sight Pictures and Continental film, and the Czech Republic’s CINEART TV Prague. The Slovak distribution is handled by Continental Film. Picture Tree International is in charge of the international sales.

more about: The Chambermaid

"Historical facts are all written by men, women are nonexistent in those history books"

Although focused on a lesbian relationship in an unusual context, Mariana Cengel-Solcanská’s film remains a clichéd period drama

With screenings taking place from 17-25 November, the brand-new strand will showcase 16 films, including ten world and three international premieres 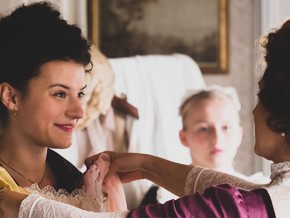 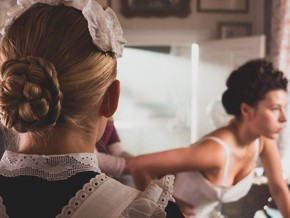 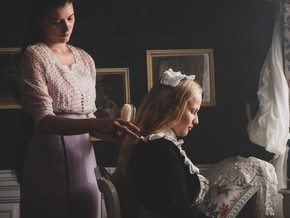 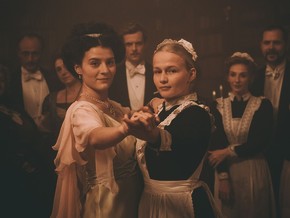