"The physical world relies on a much more complex universe. Like fish who cannot see the water they are in, we are immersed in something we cannot see either." It doesn't matter if you missed the philosophy classes on Plato's allegory of the cave and its chained humans thinking they are grasping the truth, but really only perceiving the appearance of it. Because Animalia [+see also:
trailer
interview: Sofia Alaoui
film profile], the very good first feature by French-Moroccan filmmaker Sofia Alaoui, unveiled at the Sundance Film Festival in the World Cinema Dramatic Competition, delivers a seductive post-modern, feminist and fantasy-tinged version of this allegory, all at the pace of a suspenseful road movie anchored in a superb visual envelope.

"You have to make an effort, Itto. This is my family, this is our family." Being a young bride, several months pregnant, from a social class looked down upon by cold in-laws at whose house she lives and killing time in the gilded cage of a luxurious isolated villa while the men of the family, obsessed with money, go off to do business, is far from easy for the young, beautiful, sensitive and fragile Itto (Oumaïma Barid in her first film appearance) despite the love of her husband Amine (Mehdi Dehbi). But everything changes very quickly when the region is cordoned off by the army for an unknown and frightening reason.

Separated from the whole family stuck at the governor's house in Khourigba, Itto, armed only with her mobile phone, tries to join them, riding on a neighbour's tripper on the desert roads in the heart of the Atlas Mountains. But betrayed, she finds herself even further south, in a small rural village where she meets Fouad (Fouad Oughaou) who agrees, despite his anger towards the privileges of the owners and religious dogmatism, to help her go back north. Above all, the strange triggering event has become global: it is an alien invasion whose repercussions on an individual and collective scale are unspeakably and still very mysteriously landing. For Itto, a disturbing inner journey towards awakening also begins...

Spanning a short week, the exciting plot written by the director progresses on a thread firmly stretched between realism and fantastic suggestion, playing on an intermediary extraterrestrial incarnation through animals (the dogs, the birds) and on a subtle unravelling of the atmosphere. Pushing to the point of mystical doubling, the film deeply weaves the story of a feminist liberation and the need for a societal and religious rebirth through a chaos that reveals the links that make up the entire fabric of humans and nature. An initiatory journey ("if you know yourself, you know the truth of everything") that very skilfully renews the codes of genre cinema by relying on a visual and sound mastery that is impressive for a first feature film (mentions to Noé Bach for the photography and to Amine Bouhafa for the music). A rather remarkable debut for Sofia Alaoui that will easily please many viewers.

“We have stuck Arab cinema in a pigeon-hole: I want to fight against these stereotypes”

The French sales agent will be wagering on Jasmine Trinca’s Marcel!, Mikko Myllylahti’s The Woodcutter Story and Annie Ernaux and David Ernaux-Briot’s The Super 8 Years 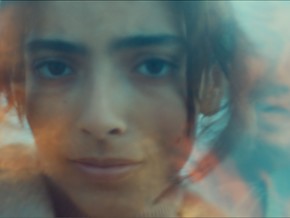 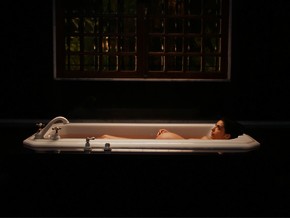