Inspired by a risqué photograph that Venezuelan director Patricia Ortega found of her late mother, taken when she was a young woman, the Spanish film Mamacruz [+see also:
trailer
film profile] – freshly premiered as part of Sundance’s World Cinema Dramatic Competition – is a personal and affecting piece of work that is both an achingly human portrait of a woman exploring her desires in her later years and a celebration of female sexuality.

Cruz (Kiti Mánver) is a 70-year-old housewife, with a routine of church-going, cooking, cleaning and looking after her husband of more than 40 years. She also cares for her granddaughter Viky, as her daughter Carlota has gone abroad to audition for a dance company. While trying to learn how to use the internet to communicate with her offspring, Cruz accidentally stumbles across some pornography, which soon stirs strange new feelings within her. Despite her religious and moral doubts, Cruz begins to explore her new desires. When her husband seems unable to reciprocate her newly found ardour, Cruz begins secretly attending a woman’s therapy group. Soon she begins to look at her life anew.

Ortega eschews melodrama for a much lighter touch, as the film often adopts something of a consistently playful tone. There are plenty of cheeky and subtly humorous moments (one particular cut from a porn video to Cruz eating churros for breakfast is delightfully rude), which reinforce the underlying power, joy and confidence that Cruz begins to enjoy as she takes control of her own desires and other parts of her life that have so far been lost to her. But while this air of subtle insouciance permeates the film, there is still an undercurrent of both regret and recrimination that runs under the surface.

Indeed, the movie is a repudiation of societal constructs (amongst them religion, gender and age) that cast women in the role of either virgin or whore – usually without their consent. Cruz’s sexual awakening is not just an exploration of desire; it’s a reassertion of agency and control over her physicality, her sensuality and her life in general. She begins the film swathed in neutral colours, almost blending into the background of the beige life in which she lives. As the feature goes on, she becomes brighter and more vibrant. By the time we get to the final moments of the film – in which Ortega dabbles in surrealism with a glorious final shot – Cruz seems to have become visible not only to the world, but to herself as well.

Central to the picture is the brilliant performance from Mánver as the title character. She manages to hold the entire film together with a mixture of sadness, strength and – ultimately – hope with an understated performance that is as affecting as it is elegant.

After Sundance, the Spanish film should find a home around the festival circuit thanks to its blend of personal drama and sociological subtext, while theatrical and VoD prospects also look bright, including a forthcoming domestic theatrical release.

The film was produced by Spanish production companies La Claqueta and Pecado Films, in co-production with Venezuela’s Mandrágora Films. Its international sales are handled by Barcelona-based Filmax.

The latest films by Alberto Rodríguez, Rodrigo Sorogoyen and Lucía Alemany are among those set to benefit from grants provided by the Spanish Ministry of Culture

The projects The Bride, Mamacruz and Last Night I Conquered the City of Thebes have taken home the prizes from the platform’s second edition 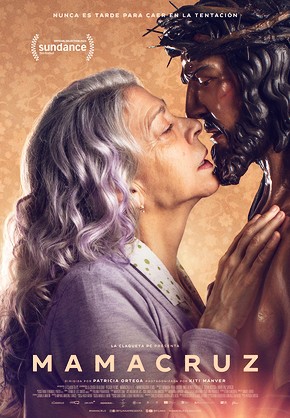 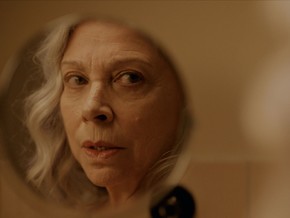 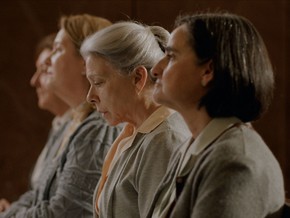