Review: When It Melts

23/01/2023 - In her first feature-length directorial effort, Veerle Baetens offers up a very close adaptation of Lise Spit’s novel, exploring the resurgence of our childhood traumas

Rosa Marchant in When It Melts

The film launches us into turmoil from the outset: Eva, a lonely and withdrawn young woman, is surviving rather than living, dependent on her younger sister who lives with her. When the latter decides to leave their home to move in with her partner, Eva loses her footing. She sees a reunion of faces from her childhood village as an opportunity to move on from past traumas, for Eva lives in the past, a past which is revealed to us in flashback form, spanning one summer when, on the threshold of adolescence, Eva and her two best friends Tim and Laurens were forced to wave goodbye to their childhood and to step inside the darker world of adulthood.

They’ve been through everything together: listless summers, tedious school lessons, volatile, argumentative families, and even the tragic death of one of their brothers. But their paths diverge drastically when Eva realises, at her own cost, that she must choose sides and that there’s no place for her in their boys’ club.

The story unfolds in parallel with this symbolically murderous summer, as adult Eva embarks upon her intriguing mission, her journey towards the scene of the crime, her meticulous preparation of what we imagine to be her revenge, or at least her crusade to settle scores: both with the children whose cruelty saw her pilloried and with the adults whose silence doubtless devastated her even further. We travel backwards in time alongside her, as she nears her goal, until we reach the tragedy which sealed her fate.

With When It Melts, Veerle Baetens is attempting the unlikely rehabilitation of a victim whom others would rather no longer see or hear from; one of those women whose unfathomable pain we no longer wish to observe for fear of losing ourselves in it. What should we do with our childhood wounds when time proves incapable of healing them? Can we rebuild ourselves in silence when forgetting the past isn’t an option? And how do we hear the voices of those who don’t speak? Carried by attentive artistic direction and the impressive tenacity of its cast - first and foremost Charlotte de Bruyne and young Rosa Marchant - the film dares to delve into the abyss of distress in which its heroine is trapped, without a trace of posturing or pretence.

When It Melts is produced by Savage Film (Belgium), in co-production with PRPL (Holland) and Versus Production (Belgium). International sales are steered by The Party Film Sales.

more about: When It Melts

Interview: Veerle Baetens • Director of When it Melts

"I wanted to try to understand this silence, and to help people understand it too"

Review: When It Melts

In her first feature-length directorial effort, Veerle Baetens offers up a very close adaptation of Lise Spit’s novel, exploring the resurgence of our childhood traumas

The young Belgian director moves onto features with a kind of sequel to her short film Une soeur, selected for the Oscars in 2020

Veerle Baetens begins shooting her first feature, When It Melts

For her turn behind the camera, the Flemish actress adapts the shocking first novel by Flemish writer Lize Spit 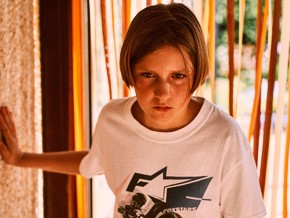 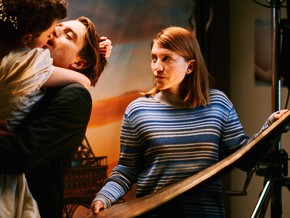 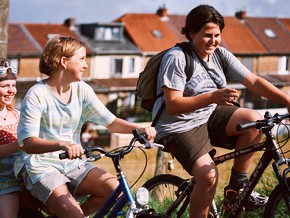