Heroic [+see also:
trailer
film profile] should be assessed on two parallel tracks: for its pictorial and compositional elements, which are often suggestive and skilful; and for its narrative headway and themes, which are never as inspired. Only occasionally do these two elements dovetail or reinforce one another, but an isolated, placid master shot from writer-director David Zonana’s film communicates more of his thesis on Mexican military culture than the way he combines the aforementioned ingredients across a slender, sub-90-minute running time.

Having just premiered in Sundance’s World Cinema Dramatic Competition, after which it will go on to the Berlinale’s Panorama section, the film is the latest arrival in a noteworthy cycle examining Mexican machismo, violence and corruption, all from a cynical, merciless stance – Michel Franco’s output (also the producer here) being the chief example. With his controversial Venice prizewinner New Order [+see also:
film review
trailer
film profile] as well as Alonso Ruizpalacios’ police exposé A Cop Movie as precedents, Heroic attempts to delve further into the former’s hyperbolic examination of the domestic armed forces, and their place in the country’s diseased body politic.

The film’s chief revelation for international viewers is expressing how the country’s indigenous population liberates yet also traps itself through its association with the military. Our lead character is Luis (Santiago Sandoval Carbajal, one of many non-professionals in the cast), an 18-year-old conscript motivated to join primarily for the health insurance it will grant his mother, Yanín (Franco regular Mónica del Carmen). As he undergoes basic training at the hands of abusive sergeant Sierra (Fernando Cuautle), Luis isn’t so much a victim of the conscript’s traumatising hazing rituals as a privileged witness, due to his being groomed (in more ways than one) for a senior rank as a result of his calm, professional bearing, and his spookily accurate skill will a rifle. With the compound, literally called the Heroic Military College, built on a vast amphitheatre structure dating from the country’s Aztec era, the powerful implication is that this is indigenous Mexico’s partial route out of the underclass, towards an uneasy truce (as equally corrupt arms of the state) with their European-descended colonisers.

Zonana’s script then follows a predictable path of dehumanisation for Luis, familiar from the Vietnam war classic Full Metal Jacket’s study of these environments’ indoctrinating grip. And it also savvily expands upon Kubrick’s film’s influential use of one-point perspective photography, paired with immense depth of field; the symmetrical array of spartan benches and bunks, shaved scalps and looming, low ceilings creates images that are themselves violent in the dread they convey. But Zonana ends up also compounding his film’s weaknesses, overemphasising a cruelty that’s already there: by making a dozen men crouch over their waists and balance their heads on the tiles of a slippery group shower room, doesn’t this sensationalistic touch begin mimicking the upper command’s nastiness, that of his very own subjects?

As Sierra invites Luis to take part in an armed-robbery ambush on some wealthy light-skinned homeowners near their base, the plot heads into uneasy, yet potentially more marketable and sellable, genre territory, and the film further veers away from sociological insight.

Heroic is a Mexican-Swedish co-production, staged by Teorema, Filmadora Nacional, Film i Väst and Common Ground Pictures. Its sales are managed by Wild Bunch.

The Berlinale adds the doc Kiss the Future to its Berlinale Special strand, plus new titles to the Panorama and Generation line-ups

Sepideh Farsi’s “politically urgent” The Siren will kick off the Panorama programme, whilst Sonja Heiss’s comedy When Will It Be Again Like It Never Was Before will be Generation 14Plus’s opener

14 of the sales agent’s titles will feature in the different Cannes sections, including five in competition courtesy of Claire Denis, Cristian Mungiu, Arnaud Desplechin, Ali Abbasi and the Dardennes 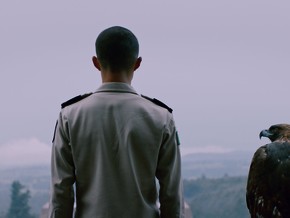 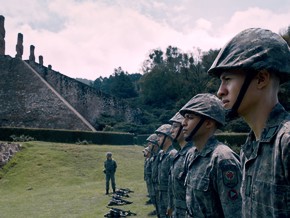