Isel Rodríguez in The Fishbowl

Cinema is always in some way about death, because the things on the screen no longer exist as they appear in a film. That fact can easily be forgotten and obscured, but works such as Glorimar Marrero Sánchez’s The Fishbowl [+see also:
trailer
film profile] bring it back into terrifying view: its images seem to shiver with an unsettling sense of urgency. The film, premiering in the World Cinema Dramatic Competition at the 2023 Sundance Film Festival, feels vivid and raw even before the source of this tension is properly revealed.

Isel Rodríguez plays Noelia, a woman in her thirties who seems restless, to say the least. The film opens on a rare moment of peace, where she is first seen floating in the sea, then revealed to be in a bathtub. Soon, blood appears in the water, and she rushes out to let in her worried boyfriend Jorge (​​Maximiliano Rivas) who is hammering at the door. Noelia lives in a world of her own, and does not want to let him in; a temperament that could only partly be explained by her work as an artist and her strong personality. When we see her take pills and Jorge clean the opening on her stomach for her colostomy bag, we can already guess that she has health issues. But she seems determined to live life to the fullest, dancing and drinking at a friend’s birthday party despite Jorge’s objections.

Rather than optimism, however, there is a sense of desperation and anger to her resolve, and when her oncologist tells her that her cancer has metastasised, Noelia is less surprised than Jorge: she knew something was wrong for quite a while. Suddenly, we can see a reason behind her generally flippant attitude and the conversely very focused way she draws and plays with strands of her hair drying on the bathroom walls: Rodríguez embodies with disturbing intensity and realism not just Noelia’s fear, but also the way she tries to manage that fear, and the film is often difficult to watch for that reason.

But Noelia finds a purpose, of sorts, which also helps distract the audience from this horror: overnight, she takes the ferry to go back to Vieques, the Puerto Rican island where she grew up. There, she finds respite in the company of a childhood friend (Modesto Lacén), who knows not to ask too many questions. The island is almost idyllic, its forest a vivid green and the water sparkling a bright blue in the Bioluminescent Bay. But it isn’t long before a more sinister reality comes to tarnish this postcard-worthy landscape: Vieques was the site of bombing tests for the US Navy for years, and both Noelia’s friend and her mother (Magali Carrasquillo) spend their time cleaning up the island and fighting for the rights of its people. One of the first things her mother asks Noelia about is the results of her tests — in just this line, Marrero Sánchez’s succinct script reveals that those who lived and grew up in Vieques are at very high risk of getting cancer, and constantly monitor their health.

That Noelia’s illness has an easily identifiable cause is an almost unbearably bitter and heartbreaking revelation. Her anger therefore isn’t just for herself, but for the fate of an entire people who are still suffering the consequences of years of occupation. Marrero Sánchez’s film finds an emotionally engaging way to make this astonishing unfairness deeply felt, channelling it through this story of a woman fighting to live, at least in her last moments, the way she desires. Yet beyond the injustice of the situation, and despite the film’s unwavering focus on Noelia, its frank depiction of her suffering and Rodríguez’s committed performance, it remains impossible to truly understand how she must feel. Beyond being a symbol and an example of American violence against the island, Noelia is also a person dying, and watching her in pain and on the verge of death feels unsettling in a way that ultimately isn’t all that productive.

more about: The Fishbowl 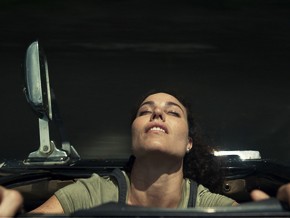 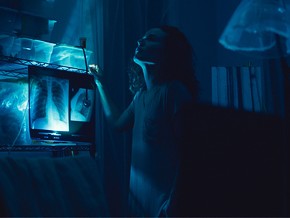 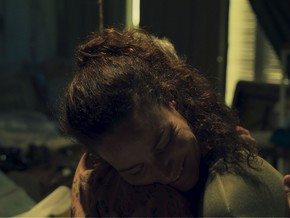