23/01/2023 - Ira Sachs’ deceptively simple film is a thoughtful, generous and realistic look at how people change and stay the same

The films of Ira Sachs have always taken place in a world resembling our own, but their style has more often than not been slightly heightened, smoother and tidier than reality. His characters, however, are no angels, and their complicated mix of flaws and positive qualities, their blind spots and hang-ups, make his work profoundly human. These concerns and this approach reached their apotheosis in Frankie [+see also:
film review
trailer
interview: Ira Sachs
film profile], a film that practically transcends realism to bring to light the more profound, existential truths of its characters.

With Passages, unveiled in the Premieres section of the 2023 Sundance Film Festival, the American filmmaker may appear to return to the more realistic and low-key dramas that he is best known for. But while this later film stands in clear continuity with the others, it also feels distinct from them. If Frankie and earlier works brought to mind the cinema of Éric Rohmer, then Passages recalls that of Maurice Pialat, with its more fluid but also more sardonic realism. It’s a style that fits like a glove with Sachs’ emotional intelligence, his eye for dramatic tension in everyday life and his sense of humour.

The opening sequence seems to purposefully underline this move into a new brand of realism: we see Tomas (Franz Rogowski) set up his actors for a scene in the film he is directing, giving his lead tips on how to naturally walk down some stairs. Then, as if to further step away from the world of cinema, the next scene opens not on Tomas, but on a group of young people who worked on the film looking rather bored at the wrap party. Passages is full of such smart and wry juxtapositions, gently drawing comedy from the way its characters are at different stages of their lives, with different priorities and interests. Even Tomas’ husband Martin (Ben Whishaw) soon tires of the party and goes home, leaving him stranded on the dancefloor.

This is how Tomas meets Agathe (Adèle Exarchopoulos), one of the young French people who worked on his film, and sparks fly. More precisely — and more realistically — both give in to temptation, an innocent dance leading to a night of lovemaking. When Tomas, excited about this unexpected development, tells Martin about it, the latter reacts in the most British manner imaginable: he changes the subject and leaves the room. The three members of this love triangle almost seem like clichés of the new-age German gay artist, the reserved Englishman and the liberated French woman; Sachs and co-writer Mauricio Zacharias do acknowledge the comedy in this scenario. But they also breathe life into them by taking their emotions and desires seriously. Visually, this translates to the performances from the trio, three of the best and most natural actors of their generation each given a role that makes full use of their own unique talents: Rogowski’s presence and physicality, Whishaw’s subtly calibrated expressions, Exarchopoulos’ blend of innocence and strength. This generosity towards the characters also shows in the way the film delights in simply watching them be: cinematographer Josée Deshaies makes every image not simply beautiful, but also alert to the entire bodies of the actors, from the way they move across a space to small gestures and shifting looks. Editor ​​Sophie Reine lets them, their movements and emotions dictate the shape of a scene, not the other way around.

The film is irresistible on a moment-to-moment basis — one particularly magical sequence had this writer and the other journalists in the room beaming at the screen — but Sachs also builds up with breathtaking grace a real and believable arc for these three people at a crossroads. Mismatched desires and expectations can be funny, but they can also be heartbreaking, and what could have been a reassuringly mundane comedy of manners about people experimenting with different lifestyles turns out to be a bittersweet tale of great hopes, great sex, painful disappointments and difficult decisions. It is a story that, in the hands of a lesser filmmaker, could easily have descended into cheap melodrama; Sachs does it justice by never making any of its moments or stakes feel any more or any less important than they really are. His respect for both his characters and his audience, his honesty and bravery as a filmmaker, make Passages one of his best films to date and the work of an artist in the purest sense of the word.

Ira Sachs’ deceptively simple film is a thoughtful, generous and realistic look at how people change and stay the same

The Berlinale announces its first Panorama and Generation titles

Iron Butterflies, Silver Haze and Inside are heading to the German gathering, constituting fine examples of “impressive independent filmmaking from across the globe”

Léa Drucker, Olivier Rabourdin, Clotilde Courau and Samuel Kircher all star in the cast of this SBS production 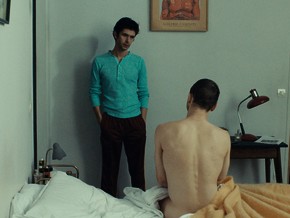 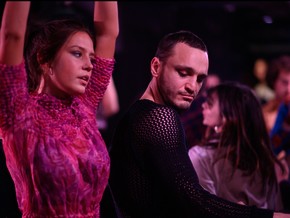